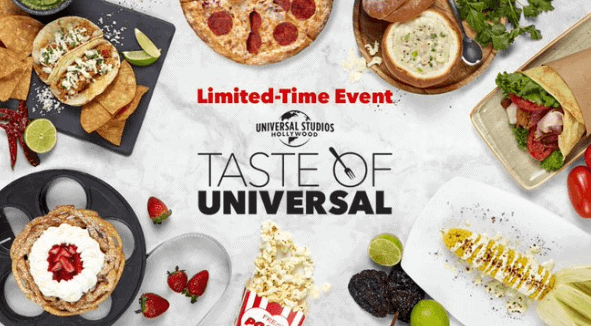 Due to popular demand, Universal has added even more days to their, Taste of Universal event that is happening now at Universal Studios Hollywood!

This is a great, relaxed event filled with food, shopping, and characters — You don’t want to miss this and now you have even more opportunities to go!

Related: Universal Hollywood Could Reopen With a New Attraction

According to the Universal Studios Hollywood website, two more days have been added, and while that might not seem like a lot the great thing about these additional days is that they are on a Thursday. Taste of Universal was previously only Friday through Sunday, the weekend, but now if you cannot make it during the weekend, there are more weekday options available.

As you can see, these weekday tickets also come at a lower price point which is a big plus for many who want to attend this limited-time event.

We highly recommended checking out the Taste of Universal event, especially if you have never visited Universal Studios Hollywood before! The event is relaxed, not crowded, and food items are included in your ticket (up to five items for adults!). If you have never been to Universal Hollywood, this is a great introduction to the park at an affordable price point, even though attractions are not currently operating.

When we attended the event on opening day we saw that Universal was following strict health and safety measures for both Team Members and Guests in order to ensure a safe and satisfying experience. One of the best parts of the Taste of Universal event was seeing the characters, as Universal has Minions on hand to interact and take photos with Guests!

This event is the precursor to Universal Studios Hollywood fully reopening with the lower lot and attractions operating later this year. No official reopening date has been announced as of yet, so for now we will continue to enjoy Taste of Universal, and hope for an announcement soon.

There is so much to look forward to at Universal Studios Hollywood. Universal is moving quickly on the construction of Super Nintendo World on the lower lot! Universal is close to opening a brand new attraction themed to the Secret Life of Pets on the upper lot soon.

Hopefully, we will get an announcement on an official reopening date for Universal Hollywood soon.

Will you be going to Taste of Universal on a Thursday in April? Let us know in the comments!