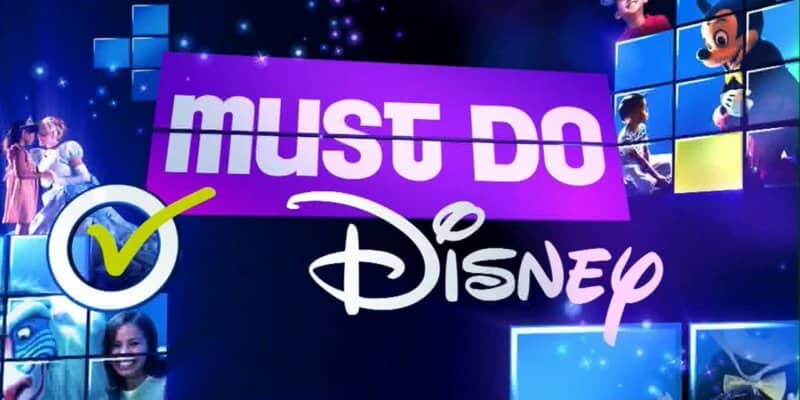 Must Do Disney is a fan-favorite show that followed host, Stacey, around Walt Disney World Resort as she visited all of the theme parks, the two water parks, and Disney Springs to showcase what the “must do’s” of Disney World are to Guests staying on property.

Since 2005, Stacey of Must Do Disney has welcomed Guests into their Resort hotels and helped them plan out their “must do’s” while vacationing at the Most Magical Place on Earth.

With the show going on for 15+ years, and with little to no updates (I mean the last version of the show, Stacey was just introducing My Disney Experience and MagicBands), has it officially become outdated? Well, on my recent Walt Disney World vacation, I now think so.

In fact, we couldn’t find it airing on any of the Resort TV channels at all! (Is this the end of an era?)

Now, channel 3, which is still titled Must Do Disney on the TV Guide, is playing a variety of different content — including music videos, Mickey Mouse cartoons, and short Disney World commercials — and not Must Do Disney.

I even flipped through all of the channels to see if it was moved to a different channel — and couldn’t find it at all. Not even on channel 73, which previously showed a Spanish version of the show and was reported to be airing Must Do Disney quietly. However, after further investigation, I noticed that channel 73 now shows Disney music and not Must Do Disney.

To make sure I wasn’t missing it, I called the front desk to see if they knew what happened to the channel and they informed me to just check the television guide.

With all of this being said, I personally think that Must Do Disney has just become so outdated that it no longer makes sense to air the show on television any longer. I mean, we have several new attractions and lands (including Mickey and Minnie’s Runaway Railway and the highly anticipated Star Wars: Galaxy’s Edge, both located at Disney’s Hollywood Studios and neither of which were highlighted in the “must-do’s”).

Additionally, with the current pandemic, there are several new protocols put into place that were not encouraged during Must Do Disney, which could potentially confuse Guests. So, that, couple with the fact that it was outdated, could be the reasoning as to why it is no longer being shown in Disney World Resort hotels.

More Must Do Disney

If you aren’t familiar, as we previously mentioned, Must Do Disney followed Stacey around as she visited all the theme parks, water parks, and Disney Springs to show Guests what the “must do’s” of Disney World are.

You can watch Must Do Disney with Stacey here:

Are you a fan of Stacey and Must Do Disney? Let us know in the comments below.