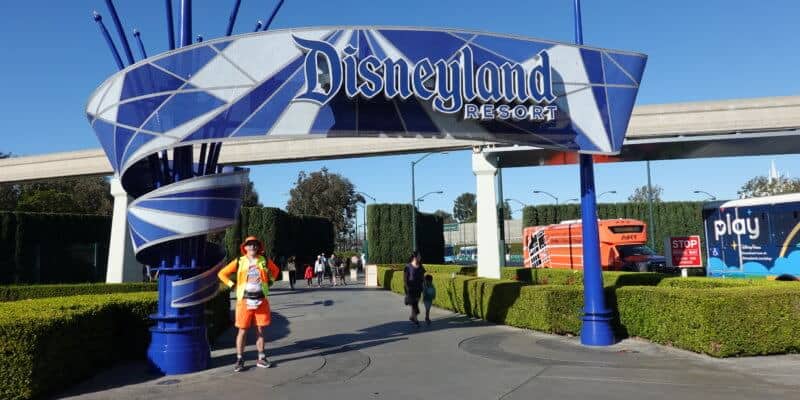 As I sit on my couch, marathon runner, Don Muchow, is currently running across the country from the Happiest Place on Earth to the Most Magical Place on Earth!

Don is a marathon runner who suffers from Type 1 diabetes and decided that he was going to run from Disneyland to Disney World to help raise money and bring awareness to the cause. Don began the 2845 mile trek in February 2020 in Newport Beach, California. Unfortunately, COVID caused some delays on his run.

Related: This Army veteran has been walking to Disney World since March

By October 2020 Don was able to hit Texas, where the pandemic caused him to pause his run once again. However, on March 2 he continued the journey once again and is expected to hit Disney World on April 5, 2021, to conclude the “Mouse2Mouse” run.

Once Don reaches Mickey Mouse in Orlando, he will be the first person to have ever run from Disneyland to Disney World —  quite an impressive feat for the 59-year-old who has been giving himself insulin shots daily! If you are like me and wondering how Don is accomplishing this incredible task, he is doing so by averaging 32 miles a day, eating 4000 calories a day to fuel himself, and sleeping about 7 hours each night. He runs from sunrise to sunset — including when it rains.

Don is also running with a mascot that Disney helped to create! Coco, the diabetic monkey, is a plush toy with a miniature insulin pump, blood sugar monitor, and emergency alert bracelet. Disney even has a branded website dedicated to the cause and provides books about Coco to newly-diagnosed kids to help them learn about all the things they can do despite Type 1 diabetes.

“One of my earliest races was Disney’s Race for the Taste, and now, I’m stoked to become the first person ever to run from Disneyland to Walt Disney World. Disney is all about keeping dreams alive for all ages. My message to everyone out there is that “Epic is for everyone. Walt Disney said it best: ‘If you can dream it, you can do it.’ When the journey’s a little harder, the achievement is even sweeter.”

Considering all of the tough obstacles Don has had to face, we hope that he completes his race and enjoys Disney World!

Do you think you would be able to ever run from Disneyland to Disney World?