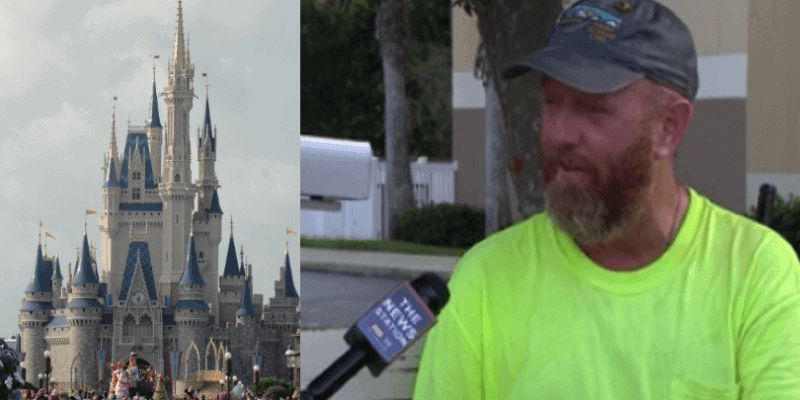 An Army veteran from Washington state has been walking to Walt Disney World since March, and he’s on a mission.

Somewhat reminiscent of a scene from “Forrest Gump,” Jimmy Novak has been walking for a long time. He started in his home state of Washington on March 22, and since that time he has covered some 2,738 miles.

But unlike Forrest, Novak is walking for a purpose.

“I just had this idea that it was something that could be done and it would be a fun challenge to put myself through,” Novak said.

Novak is walking across the country, from Washington to Walt Disney World just outside of Orlando, Florida, to raise awareness about the growing number of United States Veterans who lose their lives to suicide every day.

He began his walk on March 22 of this year, and he will end at Disney World later this week on August 22. Novak walks a long and grueling 22 miles each day. Why is the number 22 so recurrent in all that Novak is doing? He says the number 22 is very important: it’s the number of Veterans who commit suicide each day.

Novak says he’s walking to raise awareness about this epidemic, and he admits his mission is personal. He has dealt with anxiety and depression himself, and he’s even had to learn to work through thoughts of suicide.

“I’m very grateful to be here,” he explained. “So what I hope to do by being out here is to encourage people who are struggling with anxiety, depression (and) suicidal thoughts (to) reach out and seek help early.”

Thursday of this week–August 22–will truly be a day of celebration for Jimmy Novak and his family. It’s the day he finishes his walk from Washington, and it also happens to be his 43rd birthday, which he will celebrate with his family at Walt Disney World.