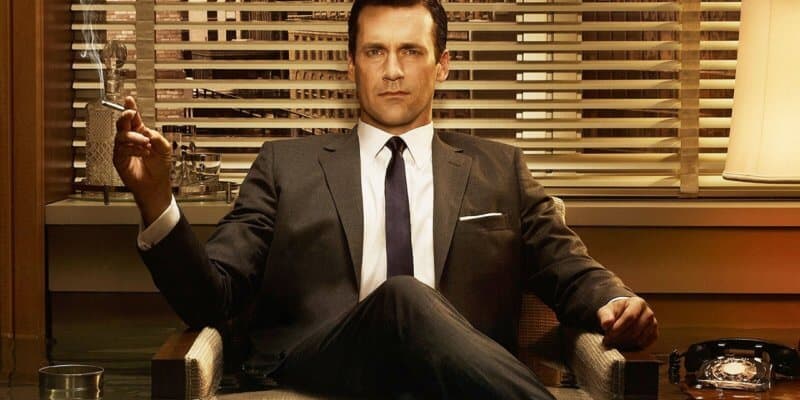 Over the course of seven seasons, Hamm became a fan-favorite as the creative genius at Sterling Cooper Draper Pryce. In 2015, he won a Primetime Emmy Award for his portrayal of the popular character in the long-running drama series.

Okay, cat's out of the bag. Mad Men was easily the most referenced show in our writer's room. It's still insane to me that Jon Hamm ended up coming aboard as our Iron Man. #MODOK pic.twitter.com/hj1WBfuBVS

Blum, also known for Community and American Dad, said, “Cat’s out of the bag. Mad Men was easily the most referenced show in our writer’s room. It’s still insane to me that Jon Hamm ended up coming aboard as our Iron Man.”

Hamm will take over for the live-action Iron Man/Tony Stark, Robert Downey Jr., in a recurring role when MODOK premieres on May 21, 2021 on Disney-owned streaming service, Hulu. The official synopsis below describes the new animated series starring Patton Oswalt (voice of Remy in Ratatouille and Agent Koenig from Agents of SHIELD):

“In Marvel’s M.O.D.O.K., the megalomaniacal supervillain M.O.D.O.K. (Oswalt) has long pursued his dream of one day conquering the world. But after years of setbacks and failures fighting the Earth’s mightiest heroes, M.O.D.O.K. has run his evil organization A.I.M. into the ground. Ousted as A.I.M.’s leader, while also dealing with his crumbling marriage and family life, the Mental Organism Designed Only for Killing is set to confront his greatest challenge yet: a midlife crisis!”

Blum also confirmed in a series of Tweets that Nathan Fillion will finally get a chance to play Wonder Man, which has been rumored since concept art for WandaVision leaked. However, he never appeared in the Disney+ MCU series. Fillion also almost played Wonder Man in James Gunn’s Guardians of the Galaxy Vol 2 (2017), but was ultimately cut from the film.

Other casting announcements include Whoopi Goldberg as the villain Poundcakes and Saturday Night Live (SNL) alum Bill Hader as the Leader. Ben Schwartz will play MODOK’s son, Lou, while Aimee Garcia from Lucifer will play Jodie.

This list of stars has fans excited for the new series to premiere. You can check out the MODOK trailer below to get pumped.

It is worth noting that MODOK is not an official part of the Marvel Cinematic Universe. It could, however, pull more from MODOK’s Marvel comic book origin story, though this has not been confirmed by Marvel Studios President Kevin Feige or anyone else on Marvel’s creative team.

Let us know in the comments below if you are going to check out this new Marvel series.