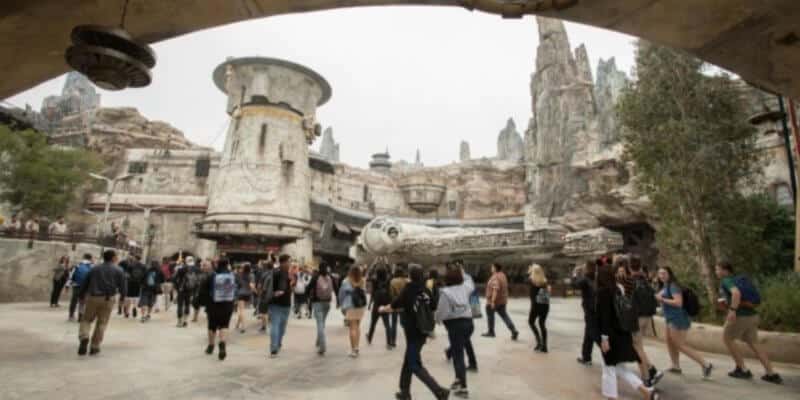 With May the Fourth — Star Wars Day — fast approaching, many Star Wars fanatics are excited to spend their day at Star Wars: Galaxy’s Edge at Walt Disney World Resort’s Disney’s Hollywood Studios theme park. May 4 has been celebrated by Star Wars fans since the first organized Star Wars Day event was held at Canada’s Toronto Underground Cinema on May 4, 2011.

The Walt Disney Company, which purchased Lucasfilm in 2012, has paid homage to the special day at both Walt Disney World Resort and Disneyland Resort since 2013.

This will be the first time Disney Guests will experience Star Wars Day in Galaxy’s Edge. It opened at Disney World on August 29, 2019, and Disneyland on May 31, 2019. The COVID-19 pandemic, however, meant that Guests could not celebrate in Disney Parks in 2020.

This means that Disney Park Passes for Disney’s Hollywood Studios are going fast as fans plan their vacations!

Inside the Magic has been keeping a close eye on Disney World’s Disney Park Pass availability for May 4, 2021! Now, Disney’s Hollywood Studios reservations for Theme Park Guests and Select Resort Hotel Guests are completely booked for both May 3 and May 4.

If you’re an Annual Passholder and want to celebrate Star Wars day in Galaxy’s Edge, you’re in for some good news! Currently, it looks as though Disney’s Hollywood Studios is still available for both May 3 and May 4, so if you’re planning on heading to the parks those days, it would be recommended to book your Disney Park Pass reservation as soon as possible.

For California residents, Star Wars fans are patiently waiting for the reopening of Disneyland on April 30, 2021. So far, there is no news on when Guests can purchase tickets online, but you can be sure that Inside the Magic will let you know as soon as ticket information is released.

Revenge of the Fifth

May the Fourth is not the only day that is meaningful to Star Wars fans.  May 5 is referred to as “Revenge of the Fifth”, and honors the final film of the prequel trilogy, Revenge of the Sith (2005). It looks like this date is wide open for Walt Disney World Resort Guests at Disney’s Hollywood Studios.

Visiting the popular Disney Park on May 5, 2021 may be another way to celebrate Star Wars Day if you haven’t been lucky enough to book a theme park reservation for May 4. While Star Wars fans can certainly enjoy their own Revenge of the Fifth celebrations at Galaxy’s Edge, it is unlikely that Disney World or Disneyland will host official events, as they have not done so previously.

For now, all that we know is Guests are looking forward to spending Star Wars Day in Hollywood Studios, and we are excited to hear if any of our readers are making plans for May 4.

Furthermore, even if Disney World and Disneyland don’t surprise us with an official Star Wars Day event at the Parks, we can rest assured that being in Galaxy’s Edge during the first week of May will feel like we are home — or better yet, in a galaxy far, far away!

Do you have tickets for Star Wars Day? Let us know in the comments below!

Let the expert team at Academy Travel help you plan your next Galaxy’s Edge vacation! Whether you’re interested in snagging an Oga’s Cantina reservation or you just want to ride Millennium Falcon – Smugglers Run, they will handle every magical detail.