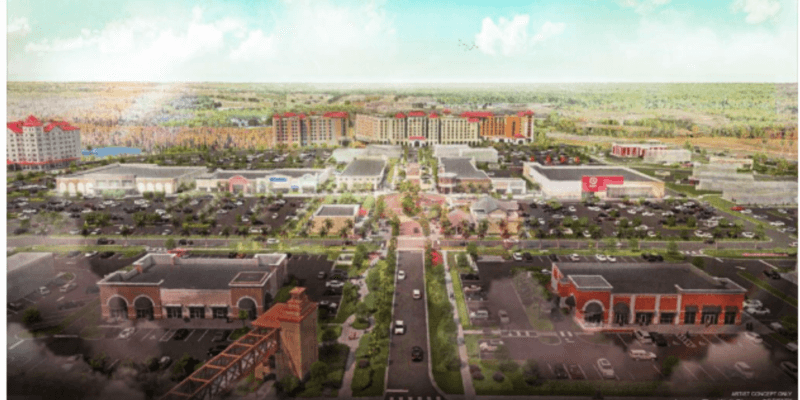 If you are a Cast Member who has been interested in Disney’s massive new apartment complex, Flamingo Crossings Village, but you don’t want your boss to be your landlord, the solution may be coming soon!

What is Flamingo Crossings?

Flamingo Crossings is a new complex right behind Walt Disney World on Western Way. This complex is technically off of Disney World property, but it is only ten minutes away from Magic Kingdom. This is convenient for Cast Members and vacationers.

The complex is under construction, but most of the hotels have opened already. Disney is also hard at work on one of the largest apartment complexes, Flamingo Crossings Village, that is going to be utilized for their Disney College Program participants. However, Disney has opened the complex for those Cast Members with blue and green ID cards to stay as well.

Previously Disney housed their Disney College Program participants in various apartment complexes further away from Disney property. The older apartments such as Vista Way, Chatham Square, Patterson Court, and The Commons will be phased out as CP’s move to Flamingo Crossings Village once the College Program returns.

Now, according to a report from the Orlando Business Journal, developer Unicorp is considering building their own apartments at Flamingo Crossings. They state that the proposed new apartments would be 300 units.

It is no wonder that developers would want to build at Flamingo Crossings. Once the complex is completed it will be home to many shops and retail that make living in the area extremely convenient. Shops include Target,and there are restaurants like Dominos, Breweries, Japanese BBQ and more. For Cast Members, the proximity to Walt Disney World is a big plus, as well.

If you are a Cast Member, you may want to live at Flamingo Crossings for the perks and easy commute to work, but you are not looking to have your boss be your landlord.

I believe these new apartments (if they go forward with the project) will be a big hit with Cast Members and Orlando / Orange County locals alike!

Would you be interested in moving to Flamingo Crossings? Let us know in the comments!