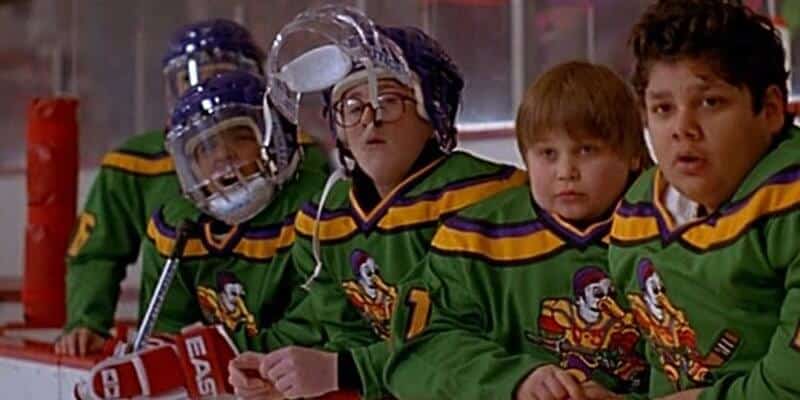 If you are a fan of the Mighty Ducks classic film (or maybe you just really like the films-themed section at Disney’s All-Star Movies Resort), we have an update on the film’s reboot that may make you feel a little sad.

If you didn’t know, Disney is bringing back the Mighty Ducks in a reboot for Disney+! The reboot will come to Disney fans in the form of a new series on the streaming platform, adding to the Mighty Ducks franchise. This will introduce a new generation to the IP while giving everyone who grew up in the ’90s a nostalgic flashback to the classic Disney film.

The official Disney synopsis of the new show is:

The reboot is set in present-day Minnesota, where the Mighty Ducks have evolved from scrappy underdogs to an ultra-competitive, powerhouse youth hockey team. After 12-year-old Evan (Brady Noon) is unceremoniously cut from the Ducks, he and his mom Alex (Lauren Graham) set out to build their own ragtag team of misfits to challenge the cutthroat, win-at-all-costs culture of competitive youth sports.

Complex recently reported that some of the returning cast would be “Elden Henson as Fulton, Matt Doherty as Averman, Vinny La Russo as Adam Banks, Marguerite Moreau as Connie, Garret Henson as Guy, and Justin Wong as Kenny Wu.” Emilio Estevez is also set to appear as Coach Gordon Bombay, as well as serve as a executive producer.

Again, according to Complex, it seems that Shaun Weiss, “who famously played Goldberg in the franchise and appeared on Freaks and Geeks, was not given the opportunity to return. Sources close to the actor say that he was never reached out to by Disney or any of the team on the project, even though he had previously heard director Steven Brill wanted to stage a reunion.”

The actor previously struggled with drug abuse but has now been sober for a year, according to TMZ. The reason for Weiss being left out of the Mighty Ducks reboot has not been confirmed by Disney or the actor at this time

Complex continued to report that Weiss, however, loved the trailer, and does hope to return to the Mighty Ducks somehow in a future season, so we will have to stay tuned to see how the show progresses. For now, Disney fans and hockey fans alike can get ready to watch the new show on March 26.

Will you be watching Mighty Ducks: Game Changers on Disney+?

Comments Off on ‘Mighty Ducks’ Star Left Out of Disney+ Reboot