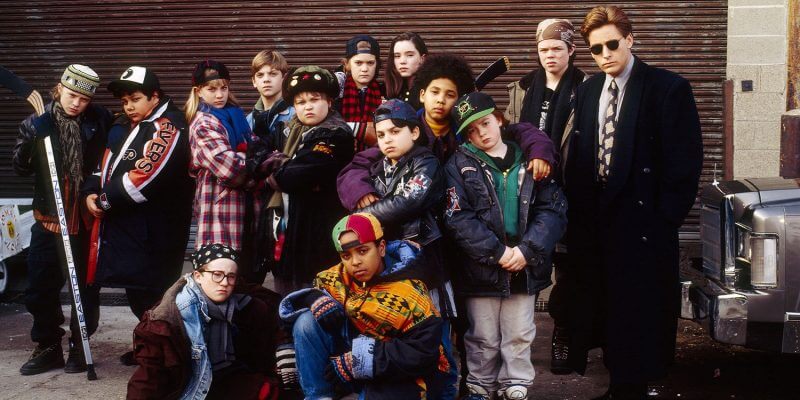 Calling all Mighty Ducks fans! It looks like Disney is continuing the trend of remaking, reimagining, and rebooting movies and shows — and a  Mighty Ducks reboot series is up next.

If you’re unfamiliar, here’s a brief synopsis of The Mighty Ducks film from 1992:

After reckless young lawyer Gordon Bombay (Emilio Estevez) gets arrested for drunk driving, he must coach a kids hockey team for his community service. Gordon has experience on the ice, but isn’t eager to return to hockey, a point hit home by his tense dealings with his own former coach, Jack Reilly (Lane Smith). The reluctant Gordon eventually grows to appreciate his team, which includes promising young Charlie Conway (Joshua Jackson), and leads them to take on Reilly’s tough players.

Later, the Mighty Ducks movie led to sequels, and all three films in the series will be available for streaming on Disney+ on its November 12 launch day.

And now, it looks like the Mighty Ducks film series is turning into something new, but along the same lines as the original. According to the new report, “The series focuses on a 13-year-old boy when he gets kicked off the junior division Mighty Ducks team, his mom decides to start their own team, finding players, a coach, and a place to play. The original film focused on reckless young lawyer Gordon Bombay who after getting arrested for drunk driving, he must coach a kids hockey team for his community service.”

The report also states that Steven Brill, who wrote the original 1992 film The Mighty Ducks, as well as Josh Goldsmith, Cathy Yuspa, George Heller, and Brad Petrigala will all executive produce the series.

The plans for a Mighty Ducks reboot series just announced by Discussing Film come over a year after The Hollywood Reporter broke the news that a new series based on The Mighty Ducks — which has quite the loyal fanbase even over 25 years after its original release — was in development at ABC Signature Studios. We haven’t heard much about the series since then, but now it looks like it’s becoming more and more real.

Keep in mind that this report by Discussing Film has not yet been confirmed by Disney, nor has Disney officially announced plans for a Mighty Ducks reboot series. However, it does sound very probable, given the trend of remaking fan-favorite films and shows.

Do you want Disney to make a  Mighty Ducks reboot series? Let us know in the comments!