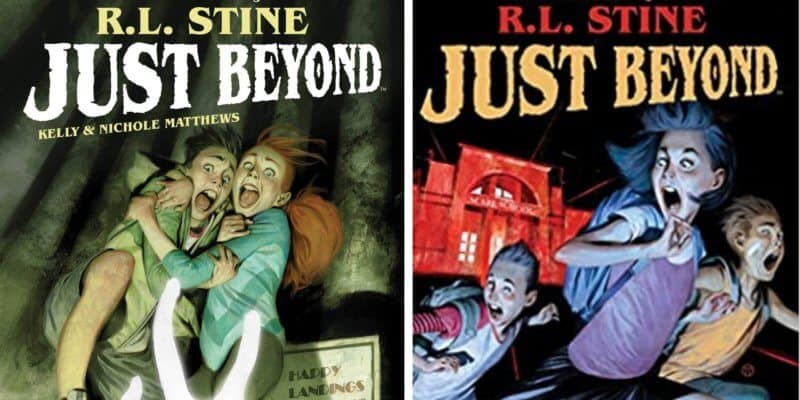 This past year has been a tough yet incredible journey for the Walt Disney Company. Although the theme park division incurred losses, their new streaming platform, Disney+, has skyrocketed. With the platform growing as much as it has (a big thank you to Star Wars and Marvel), it seems that Disney is branching out from its typical content to create even more options and genres for users to watch.

Well, looks like Halloween is coming early this year! One way Disney is shaking things up is through a brand-new horror series. The new show Just Beyond is an eight-episode horror anthology based on the Boom! Studios graphic novels by R.L. Stine, similar to the hit book series Goosebumps that Stine created. The novel’s description reads:

After a chance encounter with a deadly creature stalking the school halls, these three unsuspecting students are whisked away to a horrifying realm beyond the school boiler room where they must unravel a terrifying mystery. Can they save the kids they find there and escape themselves, or will they be forever trapped Just Beyond?

Now, according to The Hollywood Reporter, it seems that the show has locked in a director. THR stated, “Marc Webb, the filmmaker behind the Andrew Garfield-starring Spider-Man movies as well as 500 Days of Summer, is directing the first two episodes of Just Beyond, Disney+’s horror-comedy based on the R.L. Stine graphic novel series from Boom! Studios.”

It seems that this will be a horror series that will be suitable for the whole family, so for all of you horror junkies, it seems that Disney still has a long way to get before viewers are screaming from jump scares. That being said, it is cool to see that Disney is moving in the direction of creating content in a variety of genres.

Just Beyond will follow Secrets of Sulphur Springs, which is a show that Disney recently released on The Disney Channel. The show is a thriller that follows:

Griffin Campbell (Preston Oliver) and his family move to the old Tremont hotel in the town of Sulphur Springs. The entire town believes that the hotel is haunted by the ghost of a girl named Savannah (Elle Graham), who disappeared over 30 years ago. When Griffin and his new best friend Harper (Doctor Sleep‘s Kyliegh Curran) try to solve the mystery of what happened to her, they find a portal that lets them travel back in time, where they learn that the secret to solving the mystery is meeting Griffin’s own father!

So, it seems that Disney is heading in a spooky direction with some of its content, and personally, I am excited to see how much farther Disney will push it. For now, I will continue to watch Halloweentown.