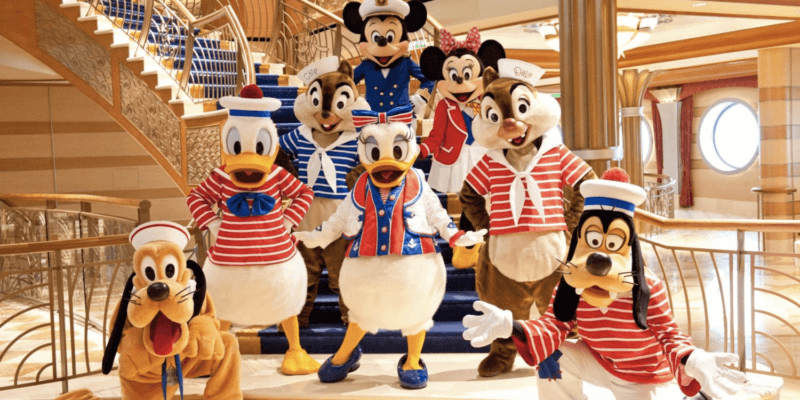 Recently, the Canadian government banned cruise vessels carrying 100 people or more from entering Canadian internal waters until February 28, 2022 at the earliest. This, of course, impacted all of the ships in the Disney Cruise Line fleet — the Disney Dream, the Disney Fantasy, the Disney Magic, and the Disney Wonder.

The Government of Canada continues to monitor the evolving COVID-19 pandemic and the impact it is having on the marine and tourism sectors. Keeping Canadians and transportation workers safe and healthy are top priorities for Transport Canada.

Today, the Minister of Transport, the Honourable Omar Alghabra, announced two new Interim Orders, which prohibit pleasure craft in Canadian Arctic waters and cruise vessels in all Canadian waters until February 28, 2022. This means:

Seemingly, this announcement was going to prevent Disney Cruise Line from returning to Alaska for three years — due to the COVID-19 pandemic, the last time the cruise operator offered Alaskan Disney cruise vacations was in 2019.

Now, however, there is new legislation that could help save Disney’s 2021 Alaskan cruise season, which runs from May through September annually.

According to a new report from USA Today:

U.S. maritime law requires international stops on ships flagged in foreign countries, which includes many major cruise lines’ ships. The bill would allow cruise ships to sail to Alaska without requiring a stop in Canada. Right now, Canada’s ban on cruise ships prohibits such a stop, posing a challenge to Alaska’s tourism industry and the cruise industry.

If this legislation were to pass, it could allow Disney Cruise Line to sail to Alaska much sooner than previously anticipated, giving hope to those Disney Cruise fans who were hoping to head on an Alaska sailing sometime this year. However, there is still a long way to go. Cruise lines continue to await for guidance from the CDC, so many are predicting that it is still too late for Alaska cruises in 2021. We will continue to await more news.

At this time, Disney Cruise Line has canceled all sailings through May 2021, including its popular Bahamian cruises out of Port Canaveral. It is not yet known when Disney Guests will be able to return to Disney’s private island, Castaway Cay, and other destinations around the world.

If you are interested in discovering the most up-to-date itineraries, visit the Disney Cruise Line official website. There, you can discover details about the possibility of Alaskan cruise cancellations and learn more about which destinations are likely to be available first.

Currently, Disney has not officially announced that any of its four existing ships — the Disney Wish is not slated to debut until Summer 2022 — have received their conditional sailing certificates. These are required by the CDC before passengers can once again travel onboard.

Disney recently extended their future cruise credit offer, allowing Guests whose trips were canceled to book further into the future.

Do you have a future Disney Cruise Line vacation planned? If not, there’s no better time to plan a magical trip to look forward to! Let the experts at Academy Travel help you every step of the way.