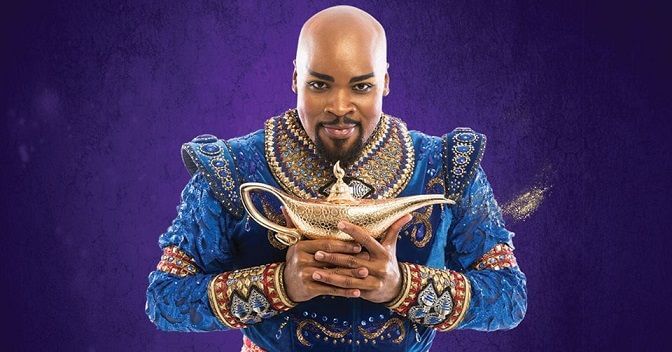 Last year, New York City’s Broadway theaters went dark by order of Governor Andrew Cuomo. On March 12, the order went into effect, allowing theaters to reopen and performances to resume the week of April 13 — However, this did not turn out to be the case.

Here we are, nearly one year later, and Broadway performances are still on hold due to the ongoing pandemic.

But as we continue to move forward amid the pandemic, Michael James Scott, who many may know as The Genie from Aladdin on Broadway, has just shared some incredible news!

On March 20 and 21, Michael James Scott will join his Broadway family in Orlando, Florida for a “full circle moment” and putting on a performance that he describes as the “only thing of its kind happening”.

I couldn’t be more EXCITED that I’m coming back to ORLANDO with my @disneyonbroadway family for an EPIC concert @drphillipsctr …. it will be the only thing of its kind happening in our country and to say that I’m honored would be a huge understatement. The full circle moment of coming up on a year that Broadway shut down and this being a kinda start to what we’re all hoping for as more is BEYOND WORDS!!! Link for tickets in bio!! GET READY!

Related: Disney+ Subscribers Petition for Broadway’s ‘FROZEN’ to Be Released

The upcoming The Music of Disney on Broadway show will take place at the Dr. Phillips Center in Orlando, Florida on March 20 and 21. The official website reads:

Part of our one-of-a-kind Frontyard Festival™—six months of socially distant, live entertainment and unique experiences, including dinner and drinks delivered to your box from on-site restaurants.

For more information and to buy tickets, visit the official website here.

Related: Cast of ‘The Lion King’ ‘Aladdin’ & ‘Frozen’ Team Up For EPIC Singalong!

Are you excited to see the upcoming The Music of Disney on Broadway show come to Orlando? Let us know if you’ll be buying tickets in the comments below.