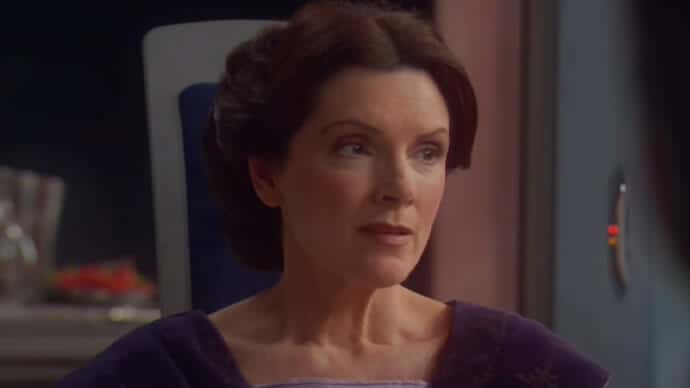 Actress Trisha Noble has passed away at age 76.

Noble’s Attack of the Clones scenes, however, are only available on the DVD extras and were cut from the final theatrical release.

the Aussie got her start on the TV show “Bandstand” and ended up having a pop music career, performing as Patsy Ann Noble in the 1960s in the UK…

…She later moved back to Australia and played Miss Jacobs/Mrs. Crown in the 2017 Australian production of “Ladies in Black,” the Daily Mail reported.

Noble passed away following a battle with mesothelioma, which is a type of cancer caused by inhaling asbestos fibers.

On Twitter, Andrew shared a link to the former teen pop star’s official obituary, which shared additional details about Noble’s career before she became part of the Star Wars franchise:

Born Patricia Ann Ruth Noble to showbiz parents, comedian Buster Noble and dancer Helen de Paul, she made her stage debut at the age of two.

But it was as a teenager, after an appearance on The Bobby Limb Show, that Patsy Ann, as she was then, caught the attention of promoter Lee Gordon. She then became a support act for touring pop star Ricky Nelson, and was signed up as a regular performer on the pop music show Bandstand.

In 1962, she won a TV Week Logie Award for Best Female Singer. Her career then took her to the United Kingdom, where she continued recording and appeared on various variety shows. She made her acting debut in the film Death Is A Woman.

Related: Fans Want Cameron Boyce to Get a Star on Hollywood Walk of Fame

Ms. Noble passed away on January 23, just about a week before her birthday on February 3. She would have been 77.

The ITM team sends our thoughts and condolences to all those who knew Ms. Noble during this difficult time.

Comments Off on ‘Star Wars’ Actress Passes Away After Battling Cancer