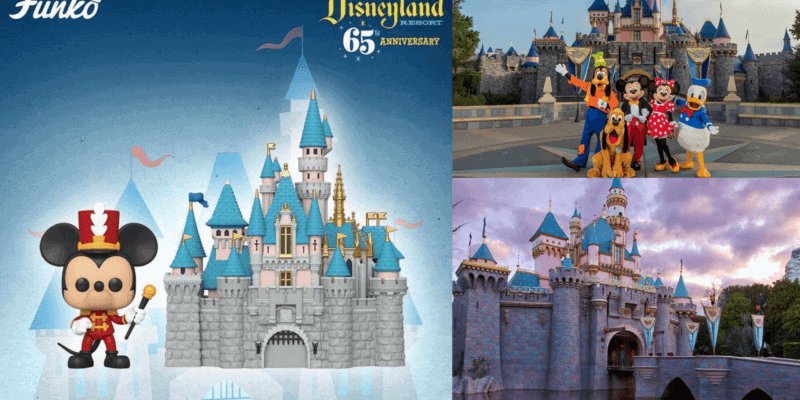 It seems like a long time ago that we were thinking about the 65th Anniversary at Disneyland Resort. The actual anniversary celebration took place on July 17, 2020 and while both Disneyland Park and Disney California Adventure Park remain officially closed even now, Disney launched an exciting 65th Anniversary merchandise series at both the Downtown Disney District (largely the World of Disney store) and various retailers, like Target and Amazon.

Out of all of the clothing and other merchandise, it was obvious as to what fans really wanted, the Funko POPs. The two biggest (and most sought after) were the ones that included Sleeping Beauty Castle. While the style with Walt Disney is still sold out (thanks to being a Disney Parks exclusive), the Bandleader Mickey Mouse option is now back in stock!

A reminder of the full description of this highly collectable Funko POP:

The Funko POP is currently in stock on Amazon for $28.74, but you will want to hurry. We’ve got no doubts that this will sell out pretty quickly.

The good news for Disneyland fans is that Disney does expect Disneyland Resort to reopen at some point later this year with the new Avengers Campus aea getting a confirmed opening window of 2021 just last week.

For now, Guests can enjoy shopping and outdoor dining at the Downtown Disney District and, by extension, the partially reopened Buena Vista Street section of Disney California Adventure.

Are you going to be grabbing the Sleeping Beauty Castle with Bandleader Mickey Mouse Funko Pop now that it is back in stock? Let us know in the comments below!