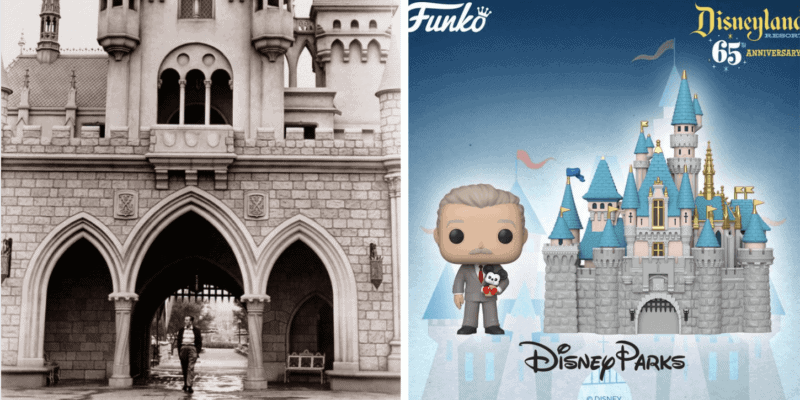 Although Disneyland Resort wasn’t officially open for its 65th Anniversary celebration on July 17, fans of Walt Disney’s original theme park were still treated to some fun merchandise collections, both at the Downtown Disney District World of Disney store and other retailers, like Target.

Now, the most elusive Disneyland Funko POP — Walt Disney with Sleeping Beauty Castle — is finally reportedly set to land online! Funko collectors have been anxiously awaiting the release of this particular item, so the news is especially exciting this holiday season.

A second Instagram report about the Funko POP release comes from Gothic Rosie, who said:

WALT & CASTLE FUNKO POP RELEASING 12/7
These will release next Monday at the Disney Stores and @shopdisney. Thanks to @dis.pops for the heads up and details and for sharing snap?and info from Jennifer M.

The new Walt Disney Disneyland 65th Anniversary Funko will join a similar product that already released. Sleeping Beauty Castle with Bandleader Mickey Mouse is currently on backorder, but can be purchased from Amazon.

It features the following description:

Are you looking forward to the long-awaited release of the Walt Disney Castle Funko POP?