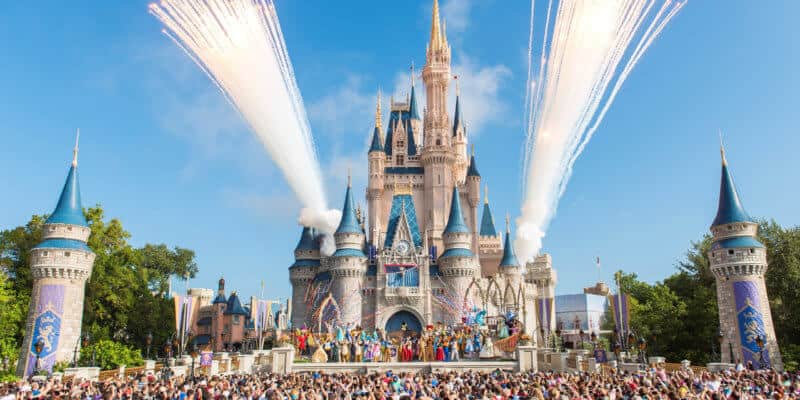 With Disney World gearing up to celebrate its 50th Anniversary this year, Guests have been craving to discover exactly what those celebrations will entail. From new attractions on the horizon to the possibility of new merchandise and food offerings, the 50th Anniversary is exactly what Disney fans need after a year in which many park offerings were lost.

Although few details have been released about the in-park 50th Anniversary events, Disney is kicking things off with the release of a new book!

Days before  Magic Kingdom’s official October 1, 2021 50th Anniversary, on September 28, 2021, Disney will be releasing Walt Disney World: A Portrait of the First Half Century, which will explore the parks over the past 50 years.

According to the book’s description:

This must-have book paints a robust portrait of the Walt Disney World Resort, across half a century, through diverse and vibrant voices and mostly unseen Disney theme park concept art and photographs.

As Walt Disney World consistently grew and further evolved through the five decades that followed, certain themes reverberated: an appreciation for nostalgia, a joy for fantasy, a hunger for discovery, and an unending hope for a better tomorrow. Inspirational and memorable theme parks, water parks, sports arenas, recreational water sports, world-class golf courses, vast shopping villages, and a transportation network unlike any other in the world resulted in fun, festive, and familiar characters, traditions, spectacles, merchandise, and so much more. The resort has come to represent the pulse of American leisure and has served as a backdrop for life”s milestones both big and small, public and private.

As Disney World gears up to honor its fifth anniversary through an unprecedented celebration kicking off in Fall 2021, Walt Disney World: A Portrait of the First Half Century serves as a treasure trove for vacationers, students of hospitality, artists, and all Disney collectors.

It seems that Disney will be doing a lot of reflecting over the past 50 years with the book, which could be a precursor as to what Guests can expect in terms of celebrations in the parks. At the moment, we have yet to hear from Disney as to when the 50th Anniversary celebrations will officially commence, or what they will include, so a walk down memory lane is purely speculation at this point. That being said, this book seems like the perfect commemorative purchase for any Disney fan.

Currently, the preorder option for the book is unavailable, as it is out of stock. However, you can continue to check the status of the 320-page hard-cover book by clicking here.

Stay tuned to Inside the Magic as we continue to bring you all of the updates regarding Disney World’s 50th Anniversary celebration!

If you want to be here on Walt Disney World’s birthday, you can get started on your vacation today! Click here to let the magic begin.

What else do you think Disney will include for the 50th Anniversary Celebrations? Will you be purchasing Walt Disney World: A Portrait of the First Half Century?