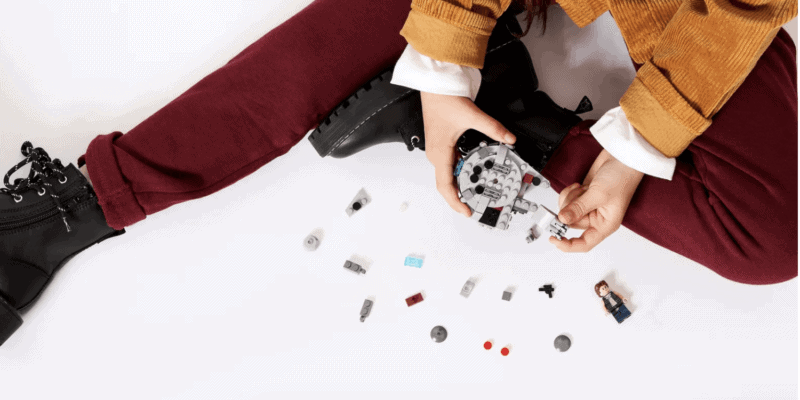 A 12-year-old Star Wars fan from Kentucky has broken a Guinness World Record thanks to a Millennium Falcon LEGO kit.

Haddon Haste, a 12-year-old from Louisville in Kentucky, USA, has broken the record for the fastest time to build the LEGO® Star Wars Millennium Falcon micro fighter.

Haddon managed to build all intricate pieces together in a hasty time of 1 min 59.72 sec!

He first got the idea to attempt a Guinness World Records title from watching fellow record breakers Dude Perfect online.

Related: This Millennium Falcon Bounce House Will Cost You Nearly $9,000!

The Guinness World Records article also stated that after Haddon developed an interest in breaking a Guinness World Record during the pandemic, his, Matthew Haste, played a big role in helping him find a record he would enjoy. The duo landed on something that combined two of Haddon’s passions: Star Wars and LEGO sets.

Per Guinness, Matthew shared these thoughts about his son’s accomplishment:

“I am proud of my son for his hard work on this record attempt and I am grateful for your organization for encouraging him to pursue something meaningful in the midst of an otherwise difficult year,” Matthew said.

Below, you can watch an official compilation video of Haddon’s Star Wars record and other LEGO brick Guinness World Records:

The official description of the LEGO set, which is intended for ages 6 and up, includes the following details:

This is the perfect choice for kids who are just starting to develop an interest in LEGO products or in the Star Wars franchise!

The set comes with seven LEGO mini-figures, including Lando Calrissian, C-3PO, and R2-D2, all of whom are set to get their own Disney+ series in the near future!

Calrissian will be featured in Lando — we don’t know yet if Billy Dee Williams, Donald Glover, or both will play the suave character — and the beloved droid duo will appear in A Droid Story alongside a brand new animated Star Wars character.

In addition to the LEGO building kits featured above, there are many other LEGO Star Wars sets, including an Imperial tie fighter for those who tend toward the dark side of the Force and Boba Fett’s helmet for those who enjoyed the bounty hunter’s triumphant return in The Mandalorian Season 2.

What you do think? Have you been inspired to break your own LEGO Star Wars record?