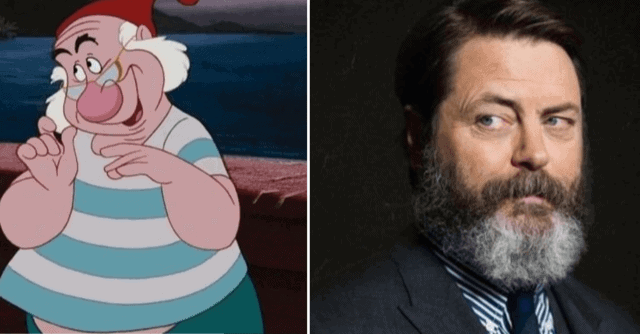 Disney has already excited fans with many announcements about future films and media coming to theaters and their streaming service, Disney+. One of these projects is a new take on the Disney classic film, Peter Pan. Now, we are getting some more insight into casting for this film.

Disney’s Peter Pan and Wendy has already chosen their Tinker Bell. Back in September, Disney announced that Grown-ish‘s Yara Shahidi will play the role of everyone’s favorite pixie. The film also cast Alexander Maloney as Peter Pan and Ever Anderson as Wendy.

Reportedly, Jude Law has been in talks with Disney to play the villainous Captain Hook. They might lock down Law soon, because they have just found their Smee. We have learned from The Illuminerdi that Parks and Recreation actor Nick Offerman, has just been offered the role of Smee for Peter Pan and Wendy. Now, Offerman will still have to accept the role before production begins this year. Also being considered for Smee is Brendan Gleeson, who is best known for his role as Mad-Eye Moody in the Harry Potter films.

Disney’s Peter Pan and Wendy will begin production in the spring of this year and will be directed by David Lowery. Lowery is no stranger to the Disney family as he also directed the live-action Pete’s Dragon. It’s also important to note that this live-action adaptation was originally going to be brought to theaters, but during the 2020 Investor Day, Disney announced that the film will make its debut on Disney+.

What do you think of actor Nick Offerman for the role of Smee? Let us know in the comments!