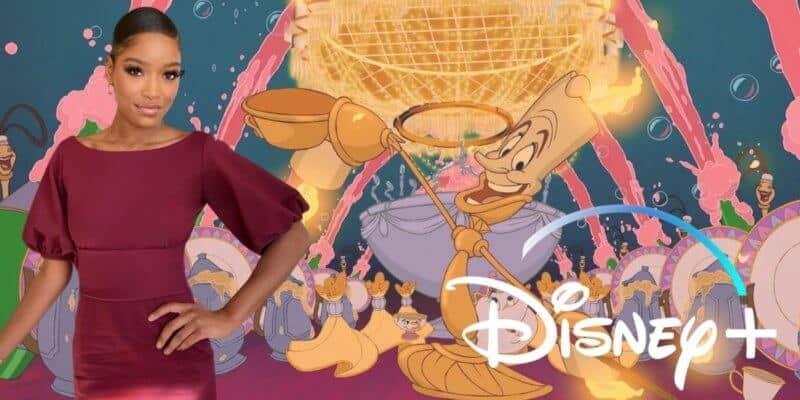 Disney+ has announced a new cooking competition show which will be hosted by Keke Palmer.

This will be the second cooking competition show to hit Disney+ since the streaming service aired. Be Our Chef, which debuted in April 2020, also followed several teams who competed against one another to create Disney themed dishes.

According to What’s On Disney Plus, the upcoming Disney+ series will be an “unscripted” competition series where teams are challenged to create unique and “larger than life” Disney-inspired pieces of art made out of food. This can include cheese, butter, fruits, vegetables, and more.

What’s On Disney Plus reports:

In each self-contained episode, three teams of food artists transform iconic characters into extravagant masterpieces that tell a story from Disney’s legendary IP. These food sculptures will be judged purely on their design, technical skills and narrative, and not by taste. Unused food from each competition will be donated to local food banks.

It’s being reported that the 11-episode series will begin production this week and it is expected to hit the streaming service later this year.

Palmer will not only be the host of the show but she is also executive producing alongside Josh Silberman, Sarah Happel Jackson and Endemol Shine North America’s Sharon Levy, DJ Nurre and Michael Heyerman.

Keke Palmer is best known for her work on The Proud Family as well as co-host of Strahan, Sara, & Keke on ABC.

Related: “The Proud Family” coming out with NEW episodes in 2020

If you aren’t yet signed up for Disney+, you can get started here.

Are you excited to see Keke Palmer host the upcoming cooking competition show, Foodtastic? Let us know in the comments below.