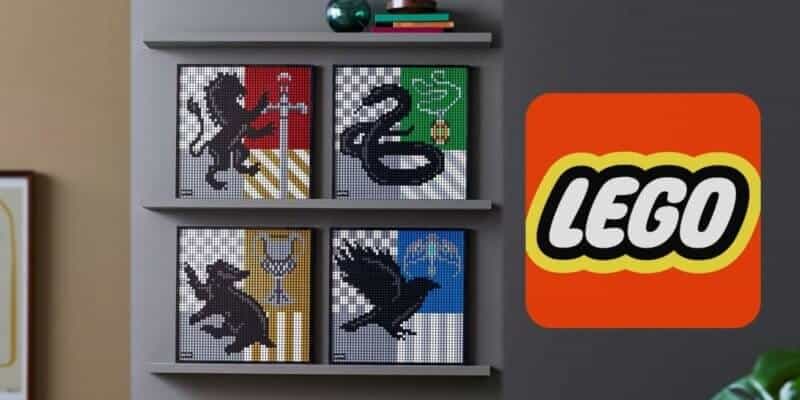 The new release by LEGO and Universal Studios is definitely the perfect wall art for any Harry Potter fan.

The new LEGO Art Harry Potter Hogwarts Crests is one-hundred-percent fitting for any brave, wise, kind, or cunning wizard and muggle. With this new release, you can proudly display your allegiance to your Hogwarts house.

This collection was created not only to reflect fans’ love for the Wizarding World franchise, but it was developed to be a stress reliever. The mosaic-style LEGO art provides an opportunity to escape the daily grind as you build your own Gryffindor, Slytherin, Hufflepuff, or Ravenclaw house crest.

The crests also come with an added experience detail: a QR code. When you scan the QR code, you can listen to an exclusive LEGO Art soundtrack as you build your kit. The soundtrack features a compilation of speakers responsible for the creative nuances of the Wizarding World films — Harry Potter and Fantastic Beasts.

You can listen to a clip of the exclusive soundtrack here.

All of the Hogwarts crests are currently on backorder, with a shipping date estimated for 60 days after purchase.

The Hogwarts crest art was made not only to be a piece of art, but an interactive adult DIY project inspired by one of the most beloved books and movie universes.