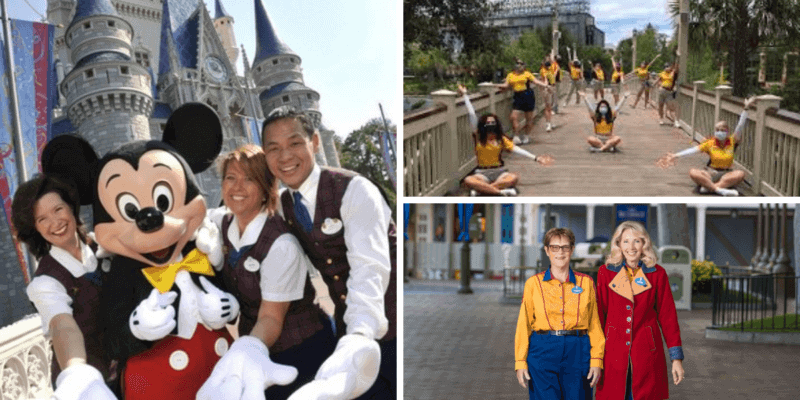 Some Disney World workers continue to return to work as demand for the Resort continues to pick up. Unfortunately, there is still a long way to go before the tens of thousands of Cast Members who were laid off amid the pandemic can return. Progress is progress, though, and one of the leading employee union leaders recently gave some insight on the return of Cast Members to Walt Disney World.

In an interview with the Orlando Sentinel, Matt Hollis, President of the Service Trades Council Union, shared these thoughts regarding Walt Disney World Cast Members returning to work.

“I certainly think it’s trending in the right direction,The goal is to get everyone back to work and able to make a living.”

So, how many Cast Members still need to return? According to the same Orlando Sentinel report, about 13,000 Cast Members are still waiting to be recalled.

Related: Disney Won’t Give Money to Lawmakers Who Rejected Biden

In the article, they go on to explain that with the Disney College Program on hold, many Cast Members are being pulled into EPCOT in order to give the park a full staff. But, the Resort hotels on-property and the Disney World food and beverage department still have an estimated 6,000 Cast Members on furlough.

Disney gave furlough notices to 30,000+ of their Cast Members as the pandemic closed all of the Disney Parks globally. Disneyland is currently still closed with no reopening date set as of yet. While Walt Disney World Resort was able to enjoy a successful reopening, it will take time for the theme parks to get back to their original capacity, which will help bring Cast Members back to work. Right now, Disney World is operating at a limited capacity in order to promote safety and ensure proper social distancing during this time.

If you are a Cast Member looking for an affordable place to live once you are recalled Disney has opened the newly built Flamingo Crossings Village. This massive apartment complex was originally built for Disney College Program participants to use, however, the company has made it available to active Cast Members with a blue or green ID. You can watch a video tour of the apartment complex here!

Do you think Disney World will be able to recall more Cast Members to Work in 2021? Let us know in the comments