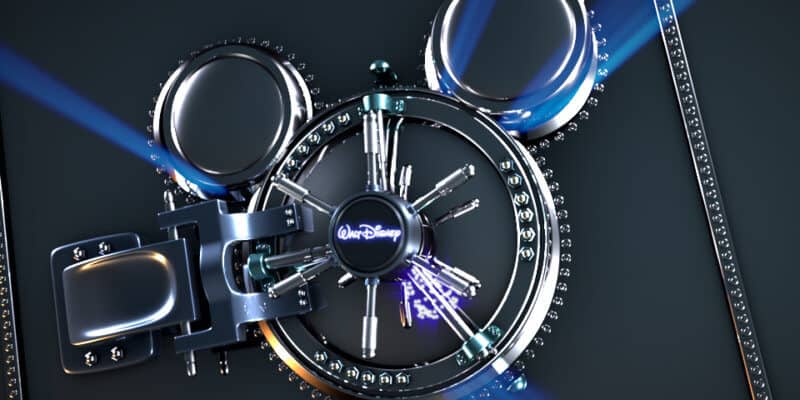 Walt Disney Studios Home Entertainment has several films in its “Disney Vault“, a policy put in place for home video releases. Each Disney film is made available for purchase for a limited time when it comes “out of the vault”, but then is put back into the “Disney Vault” and not made available again for several years until it is re-released.

When Disney+, Disney’s streaming service, debuted in 2019, Disney brought several of its Disney films out of the vault and made them available to subscribers of the service.

However, it looks as though there is one “hidden secret” from Disney that is currently in the vault and may never get released.

Vulture’s article on the “oral history of The Emperor’s New Groove”, dives into the history of the underrated film, including the never-released documentary on the making of the animated comedy.

While all this was going on, however, there was a third movie — a behind-the-scenes documentary called The Sweatbox, directed by Sting’s wife, Trudie Styler, and John Paul Davidson, which over the course of production went from being an informative making-of to a riveting, no-holds-barred, occasionally funny, often heartbreaking look at how the Disney sausage is made, and sometimes unmade. Premiering at festivals in 2002, The Sweatbox ultimately proved so awkwardly truthful that Disney has refused to release it, though the film does occasionally pop up on YouTube and torrent sites.

So, why didn’t we get to see this “kept secret” when Disney+ debuted? Well, Peter Schneider, who was the President of Walt Disney’s feature animation department at the time, sat down with Vulture and said the following about The Emperor’s New Groove documentary:

I’m disappointed ‘The Sweatbox’ didn’t come out. No matter how good or bad we all come off in it. I think it’s an interesting movie. Disney+ is just gobbling things up. So why not just put it out?

Schneider isn’t the only one who wants to see it get released. In fact, filmmaker John Paul Davidson told Vulture:

I think all the people who do animation are fascinated by The Sweatbox, because it’s not your saccharine making-of documentary. It gets into the sweat and the grit of it all. Disney owns the thing. We don’t have any clout in terms of releasing it ourselves. I would love to have released it. It pops up online now and then, and the lawyers take it back immediately.

On the other hand, storyboard artist Chris Williams was not onboard with the Emperor’s New Groove documentary idea. Williams told Vulture:

I really was not thrilled with the fact that they were doing the documentary. We had precious little time, and our story meetings were critical. But we would have these film crews running around behind us. A story meeting is a difficult thing, because people have to present their ideas. You’re making yourself vulnerable. It can be scary. I can see these moments where a story artist would start to say something, and then literally, a boom mic would swing across the room and hover over them.

At this time, we aren’t sure if we will ever see the documentary, Sweatbox, but Inside the Magic will keep you updated if Disney does decide to release the film.

Arrogant young Emperor Kuzco is transformed into a llama by his power-hungry advisor — the devious diva Yzma. Stranded in the jungle, Kuzco’s only chance to get back home and reclaim the high life rests with a good-hearted peasant named Pacha. Together, they must return Kuzco to the throne before Yzma tracks them down and finishes him off.

Lovable lug Kronk has happily started a new life as the head chef in his own diner when a llama-gram arrives telling him that his father will be visiting. Kronk cooks up trouble with the sly enchantress Yzma to make himself look like a success in time for Papi’s arrival, but ends up in trouble. Only with the help of friends both old and new can Kronk learn to be true to his groove.

Do you want to see Disney release the documentary, The Sweatbox? Let us know in the comments below.