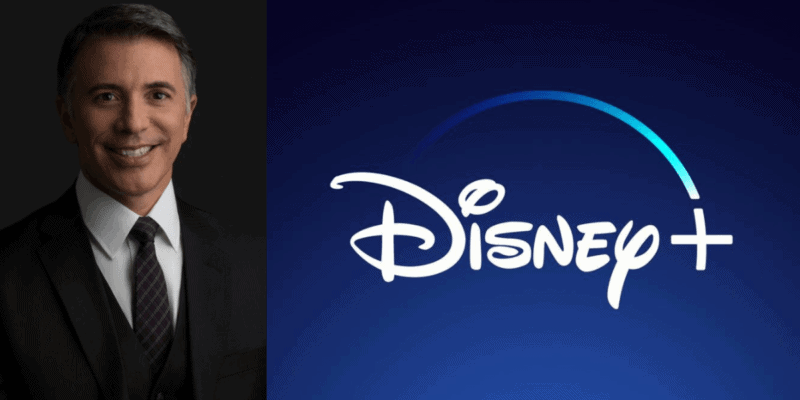 It has been announced that Ricky Strauss, Disney+ President of Programming and Content Curation, will step down as The Walt Disney Company continues its corporate transition to prioritize and streamline its content creation and distribution.  Strauss made the decision to leave amid the company’s massive restructure; he will depart at the end of January.

After nine years with The Walt Disney Company, and much contemplation over the past several months, I have come to the decision that it is time for me to move on to pursue new creative endeavors. It took much thought and consideration, but with our new structure and the changes to my role, the reorganization does not provide me with the opportunity to do the kind of work I love to do and to continue making the intended impact I have been so fortunate to have achieved at Disney.

It has been a privilege to help create the roadmap to launch Disney+ to fans around the world during the past several years. I’ve met so many personal goals I set out for myself, and, as a company, we’ve achieved far more than I would have ever imagined. None of this would have been possible without the Company’s thoughtful risk-taking and strong focus on creating dynamic entertainment and value for our consumers.

I am incredibly grateful to have had the chance to work for a company that I always dreamed of as a kid — and have been able to play a role in defining its future. The launch of Disney+ was a once-in-a-lifetime opportunity – and I will never forget the journey we traveled together.

While I will be here through the end of the month to help Rebecca and the senior team with any transition needs, I wanted to take the time now to personally thank all of you as it will be the daily interactions and shared moments with each of you that I will miss most.

Finally, I would be remiss not to share how appreciative I am of the leadership, guidance and support of Rebecca, Kareem, Bob Chapek and Bob Iger for their understanding around this very personal decision of mine to set off on a new adventure.

With great appreciation, admiration and love,

Related: Disney+ Loses Key Creative VP to Netflix – What This Means For Streaming

According to Variety, the news was shared in an internal memo by Disney’s new Chairman of International Operations and direct-to-consumer Rebecca Campbell. The Disney Media and Entertainment Distribution webpage states that “as President of Programming & Content Curation, Ricky Strauss is responsible for overseeing the programming and content curation across both Disney+ and Hulu, working closely and collaboratively with the content creation teams across The Walt Disney Company.”

Strauss’s role in content curation will be absorbed by Joe Earley, current President of Content Marketing at Hulu & Disney General Entertainment Content, and he will report to Michael Paull, President of Disney+ and ESPN+.

It is with great regret that I inform you that, after nine years with The Walt Disney Company, Ricky Strauss has made the personal decision to leave the company.

Ricky has been an incredibly creative, dedicated leader and friend to so many of us at Disney. As Bob Iger has shared with me on many occasions, Ricky’s leadership of the Disney+ Content & Marketing efforts leading up to and following the launch of Disney+ has been remarkable – and we are so appreciative of his expertise, passion and care. However, the recent company reorganization led to a significant change in Ricky’s role. After a great deal of reflection, he decided it was time to pursue new creative endeavors.

While I am sad to see Ricky go, I understand that great change also brings an opportunity to chart a new course and I humbly respect the choice he has made. I know you all join me in wishing Ricky all the best on his new adventures.

In closing, I want to personally thank Ricky for all of his amazing work. His contributions to the success of the Company and Disney+ will forever be part of our legacy.

We at Inside the Magic thank Mr. Strauss for everything he did to make Disney+ the platform it is today, and we wish him luck on all his endeavors going forward.

What have been your thoughts on Disney’s corporate restructuring? Let us know in the comments!

Comments Off on Disney+ Programming President Ricky Strauss Steps Down