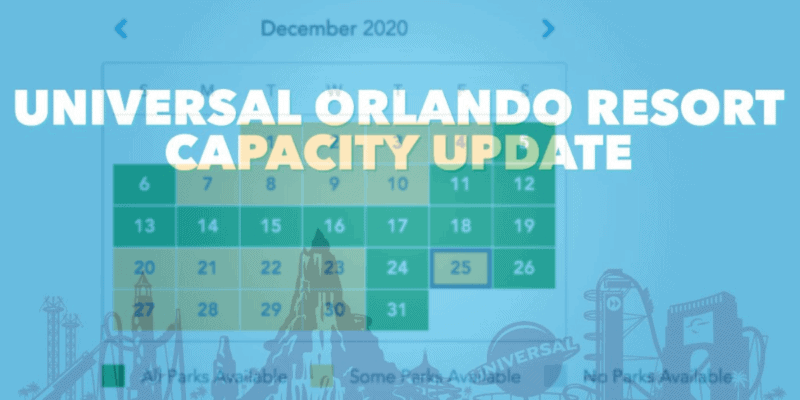 Universal Orlando Resort continues to show signs of being almost overwhelmed with crowds as maximum capacity is hit once again at Universal Studios Florida and Universal’s Islands of Adventure.

The mega-resort recently Tweeted that its theme parks are full for the day and will not be reopening to more guests:

Today, December 5th at 11:53 am, Universal Studios Florida & Islands of Adventure have reached capacity. We do not anticipate re-opening, and we encourage you to visit us another day.

Today, December 5th at 11:53 am, Universal Studios Florida & Islands of Adventure have reached capacity. We do not anticipate re-opening, and we encourage you to visit us another day. pic.twitter.com/Sb2QbJ7o97

This is the latest attempt made directly by Universal to quell the tide of weekend visitors to its theme parks. Recently we at Inside the Magic reported that it emailed potential guests requesting that they choose to visit during the week rather than the weekend. Park hopping has also been forced to stop at Universal due to crowds.

Most days, capacity news has come from Universal’s capacity hotline. But this time, it chose to Tweet out the news, which adds speculation that it is a larger problem than it appears.

Like Walt Disney World, Universal is held at a limited capacity due to health and safety suggestions.

When Universal Orlando Resort first reopened its theme parks this summer, they opted out of instituting a reservation system like its rival, Disney World. First come first serve was the policy at Universal, making it much easier for locals to visit their favorite theme parks as they normally would, on a whim.

Walt Disney World implemented the Disney Park Pass system that requires Guests to reserve their spot in the theme park of their choice on a particular day. Only on that day will that Guest be admitted into the parking lot and gate of that chosen theme park. This decision was made on the basis of crowd control to prevent the buildup of Guests at the gates once parks hit capacity.

A reservation system also sets proper expectations for Guests, notifying them ahead of time when which parks will be at capacity for the day. The system also provides plenty of opportunities to non-Annual Passholders, specifically Guests with theme park tickets and/or Disney Resort hotel reservations.

Disney World Guests looking to visit Magic Kingdom, EPCOT, Disney’s Hollywood Studios, or Disney’s Animal Kingdom were told “yes” or “no” before they even left their homes. For Universal day guests, there is no such certainty.

While it may have taken Guests time to get used to the idea of the Disney Park Pass Reservation system, Universal’s struggles with crowds and capacity continue to indicate that the Park Pass may have been the right decision.

If you are planning your next trip to Universal Orlando Resort, our friends at Academy Travel are standing by ready to help! Click here to get started and to receive your free, no-obligation quote today!