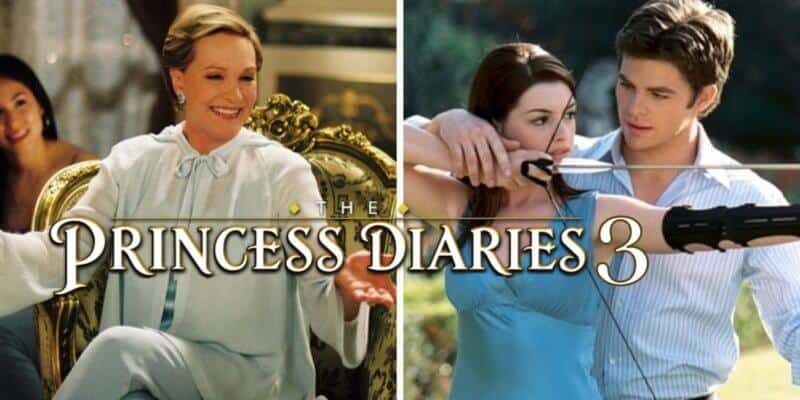 Fans fell in love with the Disney films, The Princess Diaries and The Princess Diaries 2: Royal Engagement, in which Anne Hathaway played the role of iconic Mia Thermopolis. In case you aren’t familiar, the first film follows Mia as she is thrown off guard when she finds out that her grandmother is Queen Clarisse Renaldi, played by Julie Andrews, and that she is a real-life princess.

It’s been 16 years since The Princess Diaries 2: Royal Engagement debuted, and fans have been wondering if we would ever see a third installment to the franchise. Well, the good news is Anne Hathaway herself confirmed that The Princess Diaries 3 is, in fact, in the works — and there’s even a script!

However, in an April 2020 interview with The Talk, Julie Andrews, our beloved Queen Clarisse, said she has not yet seen a script. And to top it all off, Disney has not confirmed if The Princess Diaries 3 is actually happening or not; however, if they ever do confirm, I have some ideas for what the film could be about.

When we last saw Mia in The Princess Diaries 2: Royal Engagement, she was supposed to be wed to Prince Andrew; however, on the day of the wedding, Mia got cold feet and realized that she is actually in love with Nicholas (played by Chris Pine), who, in case you need a refresher, is the other contender for the crown.

When Mia tells Andrew the truth, he is actually relieved himself. Mia stands up for herself and what she believes in, convincing everyone to get rid of the marrying law and Nicholas announces that he thinks Mia should be queen.

Queen Clarisse finally asks Joe, her head of security, to marry her, and so the two of them end up getting married instead of Mia. And, right before Mia heads to her coronation ceremony to be crowned Queen, Nicholas tells her that he is in love with her. The film ends with Mia being crowned Queen of Genovia.

So, with this ending fans are left with so many questions. Do Nicholas and Mia end up together? Do they get engaged? Do they get married? Well, I believe that would be the perfect plot for The Princess Diaries 3. We should pick up right where we left off, with Mia being crowned Queen and watching her first few days taking on her new title.

We can also watch as Mia and Nicholas begin their relationship, falling even more in love with one another. Nicholas can help Mia whenever she needs it as she struggles to balance her personal life with her newly appointed title as Queen of Genovia.

Hopefully, we see Nicholas eventually ask Mia to marry him, and we can see another beautiful royal wedding, following Queen Clarisse and Joe’s.

So, what do you think The Princess Diaries 3 should be about? Let us know in the comments below.