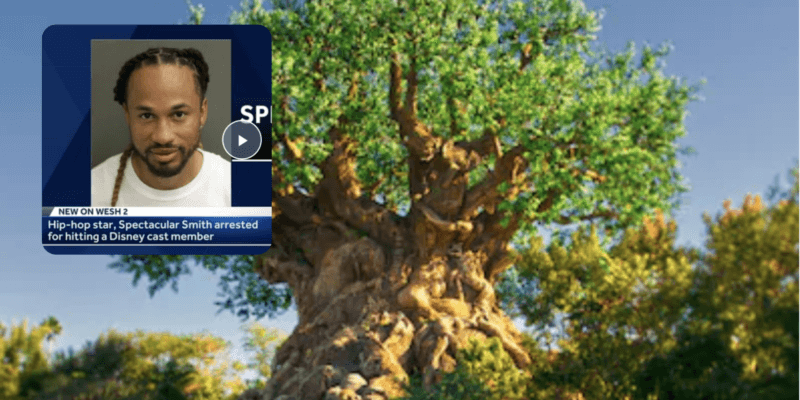 A reality TV star has punched a Disney World Cast Member after refusing to follow the employee’s instructions at Animal Kingdom. Details here.

It would appear that Walt Disney World Resort was not the Most Magical Place on Earth for one reality television star.

According to their report on the situation:

Authorities said Spectacular Blue Smith was walking toward a ride at Disney’s Animal Kingdom when he made a sneezing gesture and said “coronavirus.”

The cast member told authorities he told Smith that he was not funny, to which Smith allegedly replied, “I thought it was.”

The cast member then asked Smith to leave the line twice, but Smith refused.

When the cast member tried to block smith from continuing in the line, the arrest report says Smith punched him twice.

The cast member was taken to the hospital as a precaution.

WESH 2 did not provide details about which Disney’s Animal Kingdom ride Smith was waiting for. There are several popular Walt Disney World attractions at the theme park — Avatar: Flight of Passage, Expedition Everest, and Kali River Rapids are all favorites for many Disney Parks fans.

It is important to note that Disney is taking health and safety very seriously during the coronavirus pandemic. Guests over the age of 2 are required to wear face coverings at all times — except when stopped in a stationary position to eat or drink — and social distancing measures are enforced throughout Magic Kingdom, EPCOT, Disney’s Animal Kingdom, and Disney’s Hollywood Studios.

Furthermore, Guests are required to adhere to all Cast Member instructions, which Smith clearly did not do in this case.

Smith is facing criminal charges but has posted bond at this time.