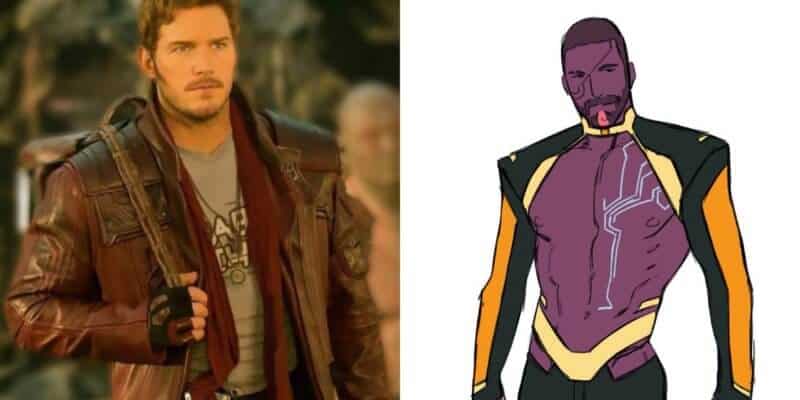 Recently, we shared that Guardians of the Galaxy’s lead character Star-Lord AKA Peter Quill is bisexual. It seems, however, that Marvel was intending to make Star-Lord part of the LGBTQ+ community in a much larger way.

Kris Anka, the artist who worked on the Star-Lord comic series for Marvel alongside Chip Zdarsky, has now admitted on Twitter that if the comic extended past the eight releases, Peter Quill (AKA Star-Lord) had a full love interest planned. Kris (@Kristaferanka on Twitter) tweeted:

So back when @zdarsky and I were doing Star-Lord, if the series had gone long enough we actually developed and designed a character we were gonna try to make a love interest for Peter.

So back when @zdarsky and I were doing Star-Lord, if the series had gone long enough we actually developed and designed a character we were gonna try to make a love interest for Peter pic.twitter.com/cxbaGuvrVj

Unfortunately, since the comic series ended before it could really begin after eight issues, we do not know much about the chiseled, open-chested, handsome purple man that Marvel was creating for Star-Lord. If there is one thing we know, however, it is that Star-Lord definitely had good taste.

Considering this was meant to happen back in 2016, it seems that Marvel’s intentions to make the Guardians of the Galaxy character bisexual were meant to happen many years ago. The way we found out about Star-Lord’s sexuality now is through Guardians of the Galaxy No. 9 win which he has two love interests, Mors and Aradia, a couple he would previously turn down for Gamora, but then returns to later in life for a loving bond that lasts over 100 years.

Will Star-Lord (Chris Pratt) be bisexual in the Marvel films?

Considering Marvel is keeping Guardians of the Galaxy around for the foreseeable future, and that there is already a male love interest created for Star-Lord, it would be interesting to see if this was incorporated into the films. At the moment, it is clear that he has a deep love and affection towards Gamora, but a love triangle would be a very interesting sub-plot in any Guardians of the Galaxy or Marvel film. So far, nothing has been said by Marvel, but we will be on the lookout for any easter eggs that they may drop.

What do you think about Guardians of the Galaxy’s Star-Lord being bisexual?