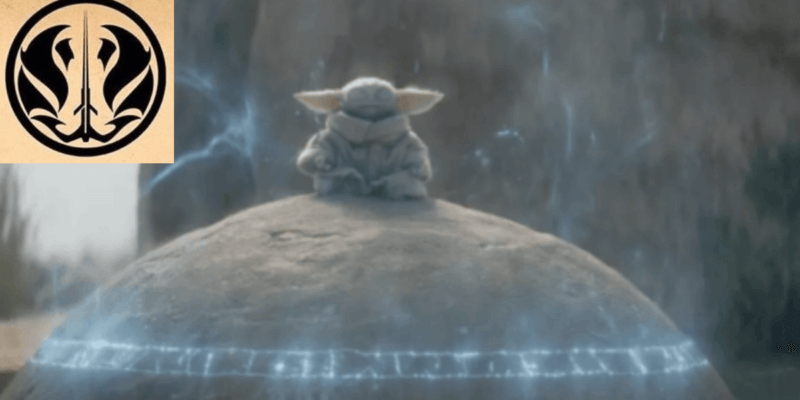 Ever since Ahsoka suggested that Grogu was susceptible to the Dark Side, the debate has raged across the interwebs about whether or not such a thing will happen. But, why does it have to be Jedi or Sith?

Star Wars: The Mandalorian takes place at a point in the Star Wars timeline — about five years after the Empire was defeated in Star Wars: Episode VI – The Return of the Jedi (1983) — in which both the Jedi Order and the Sith are arguably dead or on their way out. The sequel trilogy is proof enough of that. The second film is literally called The Last Jedi and the climax of the third film is a battle between Force ghosts.

It is time for Star Wars to expand beyond that war-torn dichotomy. With the introduction of characters like “Baby Yoda” and the return of Ahsoka Tano (Rosario Dawson), the stage is set to finally do so.

The Gray (often referred to as Gray Jedi) pursue a purer balance to the Force, recognizing that both the light and the dark can make one go blind.

“The term Gray Jedi, or Gray, had two meanings. First, it was used by Jedi and Sith to describe Force-users who walked the line between the light and dark sides of the Force without surrendering to the dark side, and second, it described Jedi who distanced themselves from the Jedi High Council and operated outside the strictures of the Jedi Code. However, those who were considered to be true Gray Jedi met both qualifications and did not belong to any particular Force tradition.”

The Gray are said to have the following philosophy: “There is no light without the dark./ Through passion, I gain focus. / Through knowledge I gain power. / Through victory, I gain harmony. / There is only The Force.”

This “Force is Force” middle ground has already been discussed in Star Wars Rebels, with a creature called the Bendu which you can watch below.

Star Wars: The Mandalorian takes place in a time of supposed “balance” where both the light and the dark are scrambling to reassemble and regain power — we see this with Moff Gideon’s (Giancarlo Esposito) Imperial remnant laying the foundation for the First Order to rise. That desperation allows fear of defeat to infect both sides, not just the Sith. Fans see that corrupting fear with Luke Skywalker (Mark Hamill) himself in the sequel trilogy.

The Mandalorian has already opened the door to this idea, too, with Ahsoka Tano. It could be argued that she is the best example of a Gray, especially considering her relationship to the Jedi Council.

I see a disillusionment story in which both Jedi and the Sith try to pull Grogu away from “true balance” and I think that could continue to bring an extra edgy layer to this incredible series and the Star Wars universe as a whole.

While, no, the Gray are not canon, and the exploration of such would mean straying even further from the Star Wars “source material,” it offers us the chance to expand the universe and take a deeper philosophical dive into the idea of the Force, as well as more original story material.

With at least one more season of The Mandalorian confirmed — and a fourth already rumored — there is certainly time for Jon Favreau and Dave Filoni to explore this aspect of the ever-present Force in the galaxy and make “the Gray” Star Wars canon for the very first time.

Do you think Grogu should be a Gray Jedi? Why or why not? Let us know in the comments!

Comments Off on OpEd: Grogu, Force Wielders Should Leave Jedi/Sith Behind in ‘The Mandalorian’