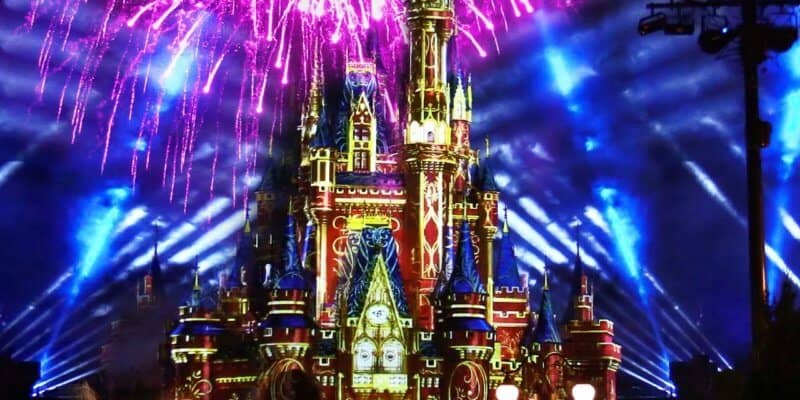 If you are like me, visiting Walt Disney World during the pandemic has had one major downfall, and that is no “Happily Ever After”. The firework show is, in my opinion, one of the most magical things Disney World has to offer, and it surely has been missed by all its Guests. A few weeks ago, Disney began testing the Magic Kingdom fireworks — and it seems they are doing so once again.

We will be conducting some routine fireworks testing around different areas of Magic Kingdom Park this Wednesday night, Dec. 16, from 10:30 to 11:30 p.m. We will do our best to keep noise at a minimum and apologize to our neighbors and Guests for this late-night inconvenience. As a reminder, fireworks performances and other nighttime spectaculars in our parks remain temporarily unavailable until further notice.

We will be conducting some routine fireworks testing around different areas of Magic Kingdom Park this Wednesday night,…

Although the notice says they are testing in different areas of the Magic Kingdom park, it is highly likely that the testing will go off around Cinderella Castle and just behind it. We were also reassured that although there is firework testing going on not only is “Happily Ever After” not currently running but nor is any other nighttime spectacular until further notice.

However, testing means they are moving forward, which is one step closer to having nighttime fireworks back at Magic Kingdom. And for anyone who has a Magic Kingdom view at their Disney Resort tomorrow night, definitely bring a glass of wine to your balcony and blast “Happily Ever After” through your cell phone. The fireworks may not be timed correctly, and if it is anything like last month’s, there will be several minutes between tests, but there will be fireworks and that is magical enough for now.

At the moment, the only fireworks you can see are when the holiday projections change on Cinderella Castle every 15 minutes from 6:00 PM at the Magic Kingdom until close. And those are just one single shot, so small Disney doesn’t even call it a firework — so tomorrow will definitely be magical for those who can watch.

So far Magic Kingdom is the first park to test fireworks twice, which is very exciting for Disney lovers who are missing “Happily Ever After”. Perhaps this is the start of a return! Stay tuned to Inside the Magic for all the details.

Comments Off on Magic Kingdom is Testing Fireworks AGAIN!