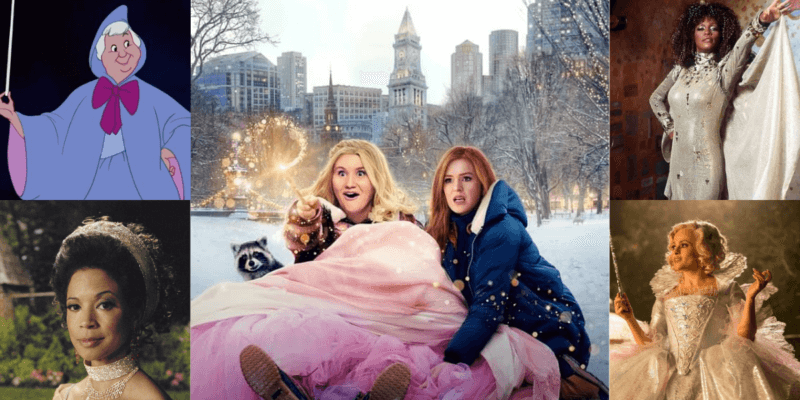 If you want a cookie-cutter Christmas film, try the Hallmark Channel. But if you’re looking for an uplifting, unique, relatable holiday story, Disney’s Godmothered is the film for you.

Godmothered is a new, modern-day fairy tale — and it’s the first Disney movie that actually follows “the Fairy Godmother” instead of “Cinderella.”

Set at Christmas time, “Godmothered” is a comedy about Eleanor, a young, inexperienced fairy godmother-in-training (Jillian Bell), who upon hearing that her chosen profession is facing extinction, decides to show the world that people still need fairy godmothers. Finding a mislaid letter from a 10-year-old girl in distress, Eleanor tracks her down and discovers that the girl, Mackenzie, is now a 40-year-old single mom (Isla Fisher) working at a news station in Boston. Having lost her husband several years earlier, Mackenzie has all but given up on the idea of “happily ever after,” but Eleanor is bound and determined to give Mackenzie a happiness makeover, whether she likes it or not.

For all of my fellow English Literature majors out there, you can probably agree with me and say that Godmothered doesn’t actually fit the definition of a fairy tale. But as someone who has seen the film, I will share that this movie is better than any fairy tale film that could have been released in 2020. Like Disney-Pixar’s Onward and Soul, and the live-action Mulan from Walt Disney Studios, Godmothered redefines the picture-perfect fairy tale character or life we’re used to seeing depicted on the big screen and instead brings us a more relatable lead character with flaws that make her that much more likeable.

You see, Eleanor isn’t actually the one and only Fairy Godmother (instead, she’s a fairy godmother-in-training) and Mackenzie — for whom Eleanor wants to find a “happily ever after” — is far from Cinderella (she’s a news anchor who doesn’t believe in magic anymore). But these characters — along with the rest of the cast — have such charming personalities that it doesn’t matter. This season, we’ll take Godmothered over Cinderella any day.

Still, the magical quality of fairy godmother-in-training Eleanor is what drew actress Jillian Bell to the role.

“I mean who doesn’t grow up wanting to be a Disney princess? I mean that’s the goal,” Bell said during the virtual press conference for the film. She continued, “The script came along and I’d always been looking for something, uh, some kind of a magical being to play because my goal in life was to play a witch. And this is the closest I’ve ever gotten to it.”

In addition to its magical (yet realistic) qualities, what makes Godmothered such a wonderful film this year is that it redefines what it means to find your “happily ever after.” In many ways, Disney’s newest fairy godmother — or rather, fairy godmother-in-training, Eleanor — redefines what a fairy tale is. This story shows that happily ever after can look different for everyone…and that’s beautiful.

Actress Jane Curtin, who plays Moira in the film, shared what she believes happily ever after means today.

“Happily ever after is what you want. It’s what you believe…and it’s a goal that you can achieve on your own. If you want it, if you believe that you can get it…it’s something that [is] not reliant on magic. It’s reliant on you and your spirit,” Curtin said. “And I think that that’s really something that we all have to remember is that we are capable of such amazing things and such positive things for ourselves and for others. And that’s happily ever after.”

My review of this film is influenced so much by the sentiments shared by the cast. This year especially, it is comforting to be reminded that we are in charge of our own fairy tales The end of this year may not look as perfect as we had hoped in the beginning. We may have gone through immense losses and have felt it hard to look on the bright side of life. But we can write our own happily ever after each and every day. Godmothered teaches us that.