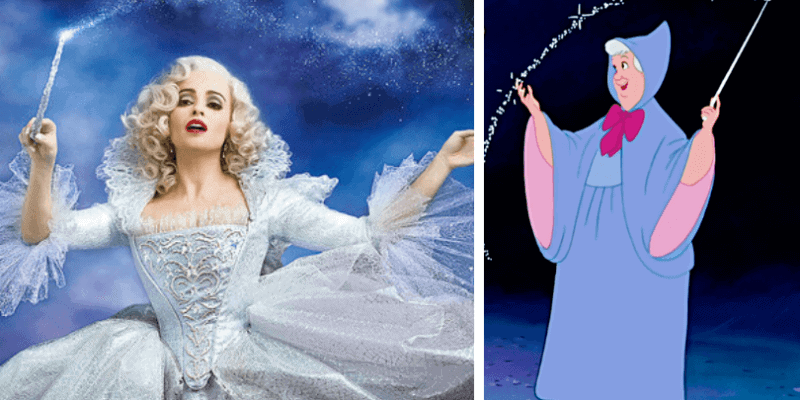 Move over, live-action remakes. Disney is coming out with an all-new original story that we couldn’t be more excited about. Disney is making a live-action movie about a fairy godmother…and here’s everything we know so far.

What’s the film about?

So far, we know that Godmothered won’t be your average Cinderella story. In fact, it’s not even about Cinderella at all (we’re not sure if we’ll be seeing any princesses, glass slippers, pumpkins turned to carriages or midnight curfews in this new movie). And to top it off, the fairy godmother in the lead role is pretty young and inexperienced. But it still looks like the film will show us how dreams come true — maybe in the most unexpected ways.

Here’s the synopsis of the film, according to a Hollywood Reporter exclusive:

The story tells of a young and unskilled fairy godmother that ventures out on her own to prove her worth by tracking down a young girl whose request for help was ignored. What she discovers is that the girl has now become a grown woman in need of something very different than a “Prince Charming.”

Oh, and did we mention it’s also a comedy?

Who’s starring in it?

The biggest news we heard about the film this month is that it has found its leading roles! Jillian Bell — known for her roles in Brittany Runs a Marathon, 22 Jump Street, Rough Night, Fist Fight, and Goosebumps — will be playing our young and eager fairy godmother. Isla Fisher — who starred in Blithe Spirit, The Beach Bum, and Greed — will be playing the young woman who the fairy godmother is coming to help.

We don’t yet know these two characters’ names yet (what do we call the fairy godmother, and who exactly is the young woman she’s helping?) but we’ll report back when we know more.

Aside from the leading ladies, we also know who wrote the film and who’s producing. We’re happy to report that this female-centered film was also written by two women: Kari Granlund (of Lady and the Tramp) and Melissa Stack. And it’s produced by Justin Springer and Ivan Reitman’s Montecito Pictures.

Where can we watch it?

Like plenty of other projects on the horizon for Disney, Godmothered will be exclusive to Disney’s streaming service, Disney+. Disney+ launched in November 2019 with loads of Disney content — including a variety of Disney+ original shows and films that seem to keep getting better and better. It looks like Disney is truly loading so much more originals onto Disney+, which surprises many of us who are used to the company’s theatrical releases.

But hey, if making Godmothered exclusive to Disney+ means we can stream this film as many times as we want the second it comes out, then we’re not complaining.

When will it be released?

So far, we don’t have a release date. But we do know that production is set to begin later this month in Boston, so as soon as more photos are released and Disney shares even a projected season when we can expect the film to drop on Disney+, we’ll report back.

Are you excited that Disney is creating an original movie about a fairy godmother? Let us know in the comments!