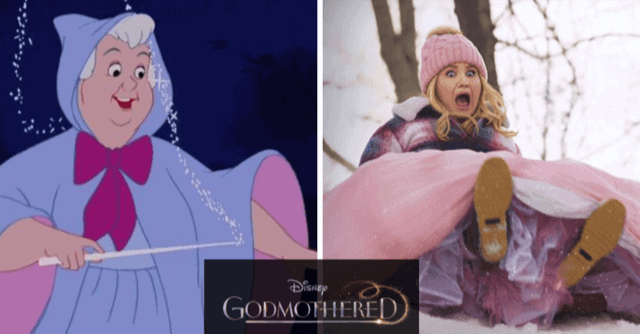 Disney just announced it’s newest feature film coming to its streaming service, Disney+! Godmothered will be coming exclusively to the platfrom just in time for the holidays!

The new original film features a young fairy godmother-in-training, Eleanor (Jillian Bell)– but she’s not your average fairy godmother like the one Cinderella got. She makes it her mission to fulfill a wish that had gotten lost in the shuffle.  In an attempt to prove herself and complete her training, Eleanor will seek out the child, Mackenzie, who made this wish– but, this could prove to be a little more difficult than Eleanor anticipated.

Godmothered is sure to be another holiday classic with fun for the whole family!

“Set at Christmas time, Godmothered is a comedy about Eleanor, a young, inexperienced fairy godmother-in-training (Jillian Bell) who upon hearing that her chosen profession is facing extinction, decides to show the world that people still need fairy godmothers. Finding a mislaid letter from a 10-year-old girl in distress, Eleanor tracks her down and discovers that the girl, Mackenzie, is now a 40-year-old single mom (Isla Fisher) working at a news station in Boston. Having lost her husband several years earlier, Mackenzie has all but given up on the idea of ‘Happily Ever After,’ but Eleanor is bound and determined to give Mackenzie a happiness makeover, whether she likes it or not.”

Will Eleanor get to prove herself and help Mackenzie get her ‘Happily Ever After’? Will Eleanor finally become an official Fairy Godmother?

Related: Everything We Know About Disney’s Live-Action Fairy Godmother Movie

We won’t have to wait long to find out! Godmothered debuts on Disney+ December 4.

Will you be watching Godmothered this holiday season? Let us know in the comments!