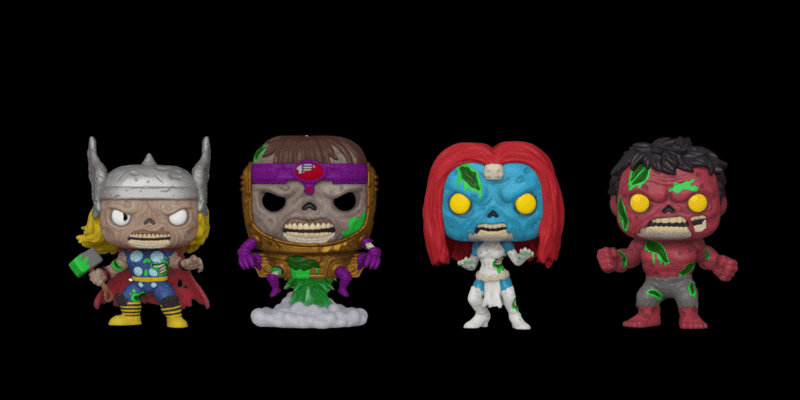 We haven’t even gotten past the holiday season yet and already we’re seeing merchandise we would usually expect to see closer to Halloween. 2020 really has been one of those years!

Marvel and Funko have teamed-up once again to give us a new line of zombie vinyl figures based on some of Marvel’s most popular characters.

You can get a full look at the common Marvel zombie figures below:

All of the common figures can be found on Amazon for those of you who are interested in buying the set! As for who you can find in the exclusive series:

Some of these figures haven’t made their way online yet, so keep your eye out as they aren’t releasing until March 2021. Each figure will retail between $10-$15.

Check out all the exclusive variants below:

It’s great to see some of the lesser-known Marvel characters getting their own zombie variants, although it is fair to say that Moon Knight and She-Hulk will be a lot more mainstream in the next couple of years as their shows release on Disney+.

While it might seem a bit strange for Funko to be releasing a series of zombie figures, they’re all based on a miniseries of comics that were published back in 2005 and 2o06 and written by the creator of The Walking Dead, Robert Kirkman.

If you love Funko POP! vinyls, then check out some other recent releases:

Will you be purchasing one or more of these zombie Marvel Funko pops? Let us know in the comments below!