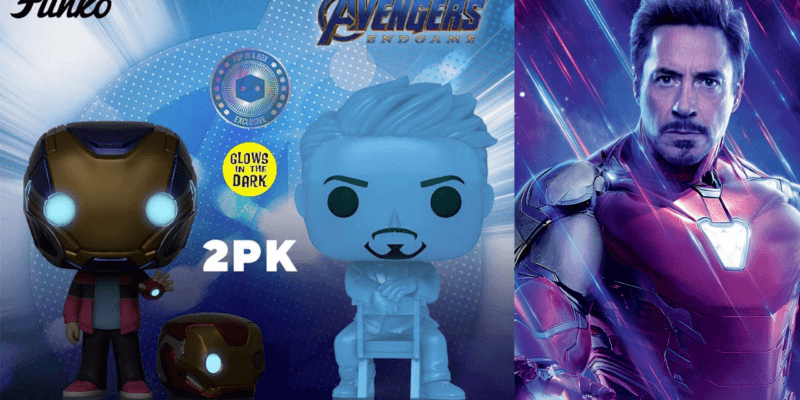 Funko! Pop fans, you’re going to want to act quickly on this as for Black Friday there’s a brand new release coming that focuses on one of the most beloved characters from the Marvel Cinematic Universe, Tony Stark.

Check out the full set below:

As we mentioned, you’re going to want to act quickly on this as the Morgan and Hologram Tony Stark with Helmet Funko! Pop is being released on Black Friday at 9 am PST and it will be available exclusively at Pop in a Box.

If you love Funko Pops then check out a selection of the other recent vinyl figures that we’ve covered:

It’s hard to believe it has been well over a year since we saw Iron Man making the ultimate sacrifice to save the universe in Endgame but Marvel fans have a lot to look forward to in 2021. First comes the release of the Disney+ original, WandaVision before we finally see the release of Black Widow.

We’re currently also set to see at least three other Marvel MCU releases in 2021, Shang-Chi and the Legend of the Ten Rings in July and Eternals in November. The Disney originals Loki and What If…? are both likely to be seen at some point in the year but no date has been fixed yet.

Will you be purchasing the Morgan and Hologram Tony Stark with Helmet Funko Pop? Let us know in the comments below!

Comments Off on “I Love You 3000” Funko Pop Set Coming on Black Friday!