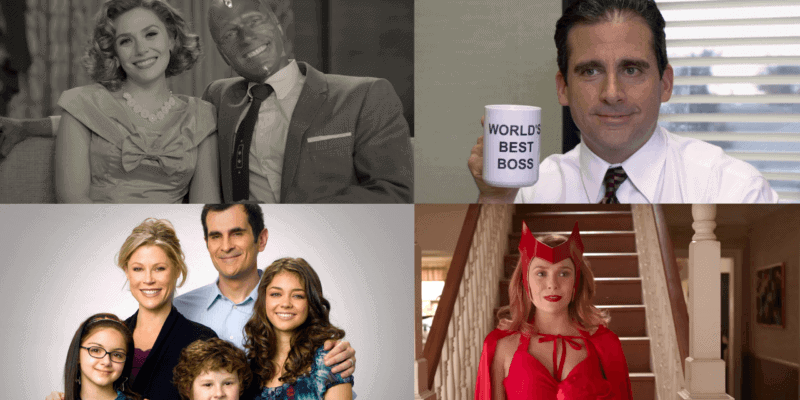 Now that we know that WandaVision is coming on January 15th it’s safe to say that Marvel fans are getting excited, particularly when you consider there has been almost nothing from the MCU during the entire course of 2020. We already know, thanks to Kevin Feige we already know that the show is borrowing from classic sitcoms like The Dick Van Dyke Show:

If you haven’t seen any of them and just want to step into this weird thing because you love The Dick Van Dyke Show, it’s going to work,” Feige says. “But if you’ve been tracking the 23 movies we’ve made and following along the stories into Phase 4, there’ll be a wealth of rewards waiting for you as it all unfolds.

This made a lot of sense given that most of the imagery we had seen recently looked like they had come straight from that era of television.

We now know that the show is going to be doing far more than just borrowing from the 1950s and 1960s television sitcoms and will take viewers right the way up to the modern-day sitcom. In fact, WandaVision is going to be taking inspiration from decades worth of sitcoms including Bewitched, I Love Lucy, Full House, Roseanne, The Office, and Modern Family. In the recent edition of Empire magazine, Kevin Feige went into a bit more detail on the inspiration behind the show:

I loved TV, and watched far too much The Dick Van Dyke Show and I Love Lucy and Bewitched and everything. We go up to the Modern Family and The Office style — the talk-to-the-camera, shaky-camera, documentary style

We can’t wait to see how this show pans out and feeds into the next phase within the MCU. WandaVision sounds mad and we can’t wait to find out more about both Wanda and Vision and how their powers are shown throughout the series.

Is there a particular show that you would like the series to reference? Let us know in the comments below!