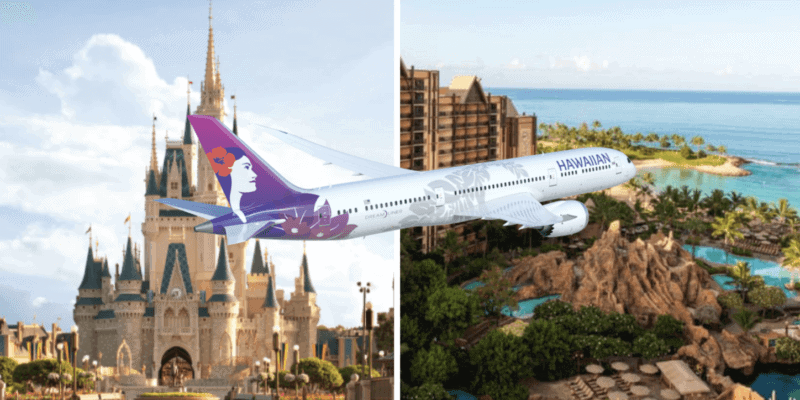 After the saga that has been 2020, we could all use a vacation, am I right? Now, it appears that Orlando International Airport (MCO) is making the most magical trip of a lifetime easier than ever for Disney fans.

This evening, Orlando International Airport shared that direct flights from MCO to Honolulu, Hawaii — the island of Oahu is home to Aulani, a Disney Resort & Spa — starting in March 2021! The full social media post reads:

Aloha, Hawaiian Airlines! ? We’re excited to announce an all-new, nonstop service from MCO to Honolulu, Hawaii! Flights will begin March 11th, 2021, 2x/weekly. We’re proud of being the only airport in FL to offer nonstop access to Hawaii, connecting thrilling rides to rolling tides.

MCO’s official website shared these additional details about the upcoming direct flights, which will allow Walt Disney World Guests to travel to Aulani on a non-stop flight if they so choose:

“We are pleased to announce that Central Florida residents can look forward to nonstop service to Hawaii, and that Orlando International Airport is officially Florida’s connection to the Aloha State,” said Phil Brown, Chief Executive Officer of the Greater Orlando Aviation Authority. “This new service represents a significant investment that will strengthen economic, leisure and cultural bonds between two of the country’s top tourism destinations.”

“We are delighted to bring our superior value proposition to travelers visiting Hawaii from Orlando,” said Peter Ingram, president and CEO of Hawaiian Airlines. “2021 is going to be a special time to experience Hawaii, and we can’t wait to welcome onboard our guests from Orlando and introduce them to our islands.”

Tickets are on sale at HawaiianAirlines.com.

At this time, Walt Disney World Resort is operating at limited capacity — though capacity has increased since it began its phased reopening process in July 2020 — and has other health and safety restrictions in-place, including face mask regulations, social distancing protocols, and limited experiences in regard to character dining, meet-and-greets, and other typical Walt Disney World amenities.

Aulani, a Disney Resort & Spa just began its phased reopening process on November 1, 2020, and remains quite limited in regard to current experiences, although characters have recently been spotted at the resort!

If you have questions about the pandemic protocols in-place at Walt Disney World Resort or Aulani, a Disney Resort & Spa, visit either Disney property’s official website for the most up-to-date information.

As always, the team at Academy Travel is here to help you plan your family’s next magical vacation to any Walt Disney Company property on earth!

Comments Off on Fly Direct From Disney World to Aulani in 2021!