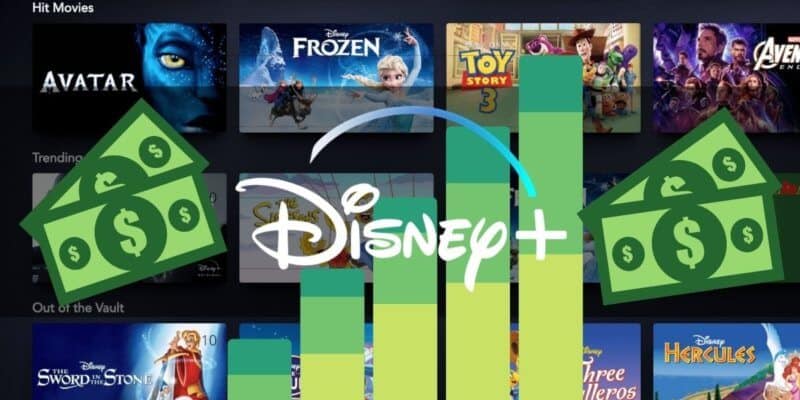 This article has since been updated to reflect the latest information.

The Disney Investor Day 2020 was filled with a ton of different information from The Walt Disney Company, but mostly the Disney executives focused on the new move towards focusing on streaming and direct-to-consumer aspects.

One of the major announcements Disney made during Investor Day 2020 was the fact that Disney+ will be increasing pricing in certain countries due to the integration of Star — Including the United States.

Because Disney is now focusing on local content in international markets, Disney+ will soon launch Star and Star+. This will help them build on the success of Disney+ internationally.

Because Disney+ is integrating Star and Star+ into certain content brands outside of the United States, the price of Disney+ in other markets, such as Europe, will increase by two euros. In the Tweet below, you can see that in Europe, Canada, Australia, New Zealand and Singapore, Star will launch beginning on February 23, 2021 and because of this, the new price will be €8.99.

Building on the successful launch of Disney+ Hotstar in India and Indonesia, Disney shared new details for its international general entertainment content brand, Star, which will be included as part of Disney+ in select international markets, and launch as a separate streaming service in Latin America as Star+. The Star brand will serve as home to thousands of hours of television and movies from Disney’s creative studios, including Disney Television Studios, FX, 20th Century Studios, 20th Television, and more, enhanced by the addition of local programming from the regions where available.

Star will launch in Europe and several other international markets on February 23, 2021 as a fully integrated part of Disney+, with its own branded tile and a new collection of renowned general entertainment series, movies, documentaries and more that will double the content catalog available to Disney+ subscribers. Disney+ will be updated globally to offer enhanced parental controls enabling the family-friendly experience parents expect, including the ability to set limits on access to content for specific profiles based on content ratings and the ability to add a PIN to lock profiles with access to mature content. In Europe, the service will be priced at €8.99 per month or €89.99 per year, with a similar pricing adjustment in the other Star launch markets, including Australia, New Zealand, and Canada. The streaming service will continue its global rollout, now with Star, in new markets beginning with Singapore on February 23, 2021, followed by Eastern Europe, Hong Kong, Japan, and South Korea later in 2021.

In Latin America, to take advantage of the region’s portfolio of live sporting events, the company will launch Star+ as a standalone streaming service. Star+ brings together an unrivaled Star content collection, local original productions, and an array of live sports from ESPN, including top soccer leagues, grand slam tennis, and more. Star+ will launch in June 2021 as a stand-alone service for ~$7.50 per month (or the local equivalent), or as part of an attractively priced bundle with Disney+ for ~$9.00 per month (or the local equivalent).

Disney also confirmed that the United States price will increase by $1 per month, making it now $7.99 per month. This will take effect in March 2021. Disney’s official press release states:

Beginning March 26, 2021, Disney+ will be priced in the U.S. at $7.99 per month or $79.99 per year, while the Disney Bundle with Disney+, Hulu, and ESPN+ will be priced at $13.99 per month. A new agreement with Comcast was also announced, that will bring Disney+ and ESPN+ experiences to Comcast X1 set-top boxes and Flex platforms in the first quarter of 2021, joining Hulu which became available on these platforms in Spring 2020. Additionally, Hulu customers will also be able to subscribe to ESPN+ within the Hulu user interface and access the ESPN+ lineup of sports programming there beginning in early 2021.

In case you aren’t familiar with Star, earlier this year, Walt Disney Company CEO Bob Chapek announced that Disney would be launching the internal streaming service in order to help bring subscribers more mature content, that may not be currently offered on the family-friendly Disney+ platform.

Comments Off on Disney+ Increasing Pricing in Select Markets, Including the U.S.!