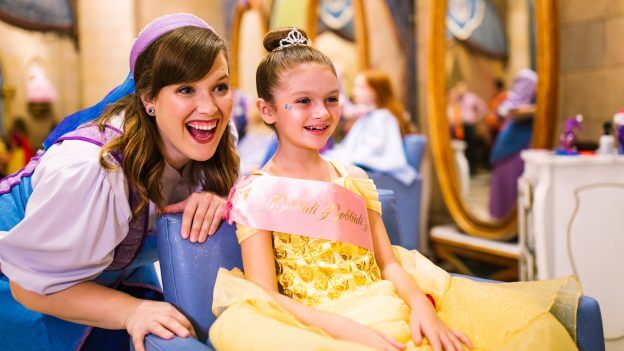 2020 has been a trying time for so many around the world but within the Disney Community, the Cast Members are the ones who have been hit hard.

It wasn’t long ago we learned The Walt Disney Company would be laying off over 28,000 Disney Parks employees due to the financial impact of the current pandemic, and the unfortunate layoff news just keeps on coming, with Disneyland now laying off an additional 11,000 Cast Members.

The hardest part about this news is that these Cast Members are those who create the magic at the Disney Parks. They provide entertainment, advice, stories, and create magical moments and memories for Guests that will last a lifetime. One Reddit user took to the platform to express their appreciation for the Cast Members, even during this unprecedented time.

“Thank you to our fairy godmothers..” the post begins. “Folks, through all of this horrible 2020 madness, the Disney Magic still exists. And it’s not because of the rides, food, or resorts (which are doing great by the way), but because the cast members are still driving that magic home.”

The user continued to explain how their recent Disney trip was still magical, and that was all thanks to the Cast Members. “I want to really give it up to them. We are halfway through our trip this week and have had wonderful experiences with the cast! And we have interacted with all kinds from guest services to DVC, from housekeeping to performer, server to bus driver. Everyone has really been fantastic. On point,” they write.

“But today, today three wonderful female cast members at Epcot made our trip,” they explained. “As you all may know, character meet and greets are not happening traditionally right now, they are these cavalcade parades. The thing is there is no set schedule or at least most park staff won’t quite tell you when.”

Continuing to talk about the new character experiences at the theme park, the Reddit user writes, “Today at Epcot my wife and I started to have a spirited discussion about getting back to the front of the showcase because that’s where the cavalcades were happening. A cast member interrupts us to ask if we were wondering about characters. She immediately told us if we waited just a few minutes there would be one coming with ANA and ELSA immediately followed by Mickey and friends. Her second friend came up and told us the best place to stand. A third member then came up and talked with my two year old daughter (dressed as Ana) and us and told us a story about being a displaced 200 yr old fairy Godmother from bibbidy bobbidy boutique.”

“I gotta tell you. Nothing in all of this year can bring me down after seeing my daughter squeal with delight at all the characters and that experience. I literally witnessed Disney magic. So big ups cast members! Thanks for all you are doing. You are the magic. And thanks to our three fairy godmothers today,” the post concluded.

Thank you to our fairy godmothers..(long post) from WaltDisneyWorld

Thank you, Disney Cast Members, for continuing to create magic at Disney Parks. Our thoughts are with all of those Cast Members who are being affected by this wave of layoffs. If you are looking for ways to help these Cast Members, check out our resource article here.