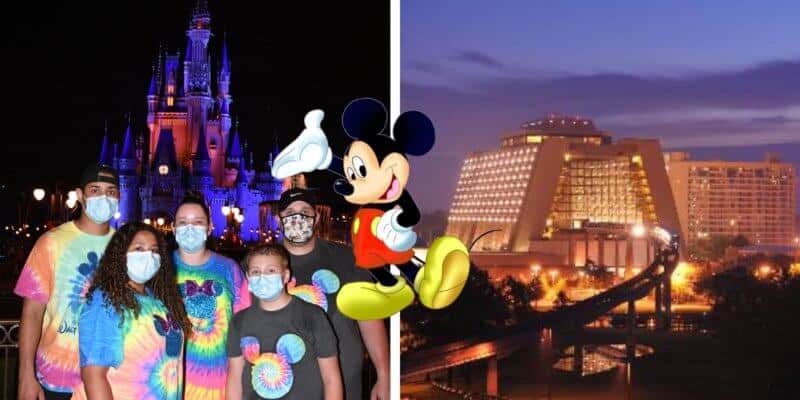 Disney Cast Members have the power to make your Disney vacation more magical than ever, and that is exactly what happened to Disney Guest Deborah Moody. 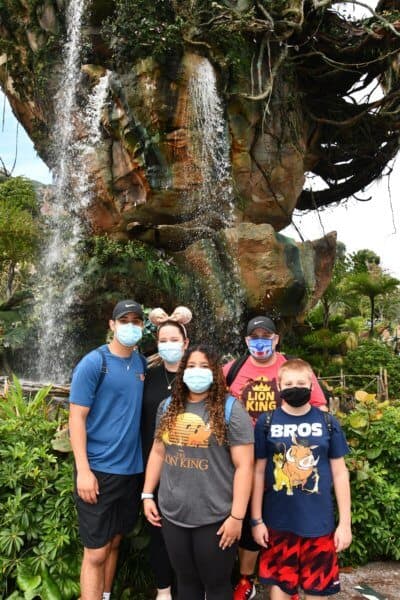 Deborah and her family of 5 just returned from Walt Disney World, and after the amazing trip they had, they are starting to feel those Disney blues.

Inside the Magic spoke with Deborah after noticing that she returned with not 1 or 2 H2O products from her Disney World Vacation, but over 45! Deborah took to Facebook to say:

We got back a week ago today and I just Unpacking my last piece of luggage. I totally forgot the Contemporary hooked us up with lots of H2O products. When I opened the ziplock bags all I could smell was Disney. My Disney depression is coming on full force. Guess it’s time to plan another trip.

Like many of us Disney fans, a perk about staying on property is knowing you don’t need to think about bringing your own body wash, shampoo, or conditioner — because you get to wash yourself with magical Disney bubbles! The H2O line is popular among Guests, and clearly, Deborah and her family were no exception.

After calling down to the staff at Disney’s Contemporary Resort and asking for a couple more soaps to use, the Cast Members did her one better with what looks like a year’s supply of Disney toiletries! Now, when Deborah is feeling the Disney blues, she and her family can pop in the shower and smell the ocean scented Disney products and pretend they are right back at the Contemporary taking a quick shower before hopping on the monorail to head to Magic Kingdom.

The best part about this story is that this was not even the most magical moment for the Moody family! As I continued to chat with Deborah, she told me that there was another huge upgrade that changed their trip completely.

We were originally booked at Caribbean Beach resort. The second day we were there we had reservations to go to Magic Kingdom. When we got back to our room that night after a long day We noticed our floor was soaking wet enough to wear when you stopped it made the squishing noise. Our air conditioner had caused the issue. I walked down to the main desk and had my family pack up the stuff and hopes to get a different room…I talked to the gentleman at the desk he was super helpful and kind…He was trying to call someone and they weren’t picking up the phone. He hung up the phone said I’ll be right back… about 10 minutes went by and then he came back to the desk and apologized and I said that’s fine I understand you guys are busy. He said we’re upgrading you to the Contemporary he said we don’t have any more rooms available here.

I was in disbelief he told me to go ahead and get my stuff packed up and to call Bell services and they can assist me with the move over to the Contemporary. I went and talked to Bell services (I wish I could remember there names right now) and he was extremely helpful he made sure that somebody came by and got our luggage and groceries we had delivered and brought us to Old Port Royal to wait for the cab they called for us. Well it was late around 10:30 I think and the cab was taking a long time. They then had two of there staff members take us over to the Contemporary. I had a long conversation with the young lady and she was super energetic and sweet. She was most likely being laid off in a few weeks. It broke my heart. Yet she was still full of spirit. I then met Michael at Bell Services in the Contemporary (finally I remember a name) he was extremely helpful, kind, and fun. We got into a conversation as well as he stood in my hotel doorway. He to was being laid off but wanted us to have a Magical vacation.

So much Disney Magic in this trip. It was accompanied by some not so great news for these awesome Cast Members.

Hearing these amazing Cast Members give Guests like Deborah a magical vacation amidst all of the tragic lay off news that is on-going within the Disney community only attests to the fact that Cast Members continuously put Guests ahead of themselves.

Related: OpEd: Disney Should Stop Spending and Bring Back the 28,000 Cast Members Instead

So if you are at Disney World in the next few weeks, make sure to give all Cast Members a big thank you for the magic they create! A great way to show your support for Cast Members, especially when you get a great interaction is to tweet about it. If you tweet the name of you Cast Member and where they work with the hashtag #CastCompliment, Disney will see it and recognize that CM! It’s an easy way to say thank you.

If you want to see a Cast Member soon, why not plan a magical vacation to Disney? Click here to begin planning today!