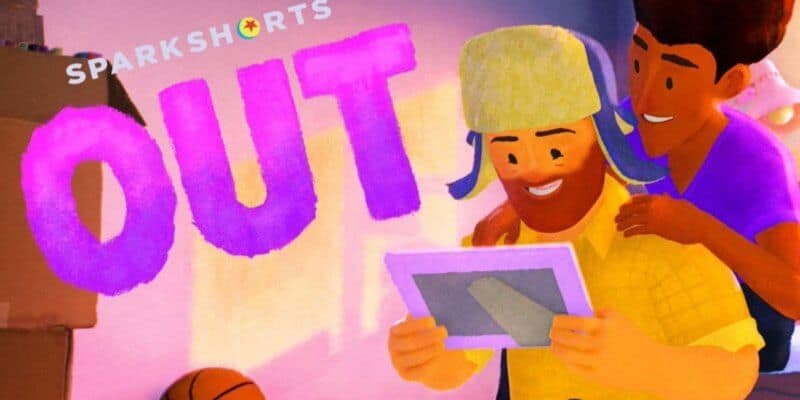 Walt Disney Television Animation and Pixar recently debuted their very latest, and extremely touching, Pixar SparkShort film titled Out. It was released earlier this year and has certainly left its mark. It follows the story of a young gay man who is struggling to come out to his parents.

If you haven’t yet seen Out, it is described as:

Out is a 2020 American animated short film directed and written by Steven Hunter, produced by Pixar Animation Studios, and distributed by Walt Disney Studios Motion Pictures. The plot features a young gay man who has not yet come out to his parents, who unexpectedly has his mind magically swapped with his dog’s.

And now, Disney has announced it will be releasing a new behind-the-scenes video on the Pixar Sparkshort onto Disney’s streaming service Disney+ on Friday, December 4th. Though not much information has been released on the special, it seems it will be similar to an “extras” section of the short.

Related: Petition Demands Pixar’s ‘Out’ Be Removed From Disney+

If you are not yet signed up for Disney+, you can get started by visiting the official Disney+ website here.

Are you excited to see behind-the-scenes of the making of Out? Let us know in the comments below.