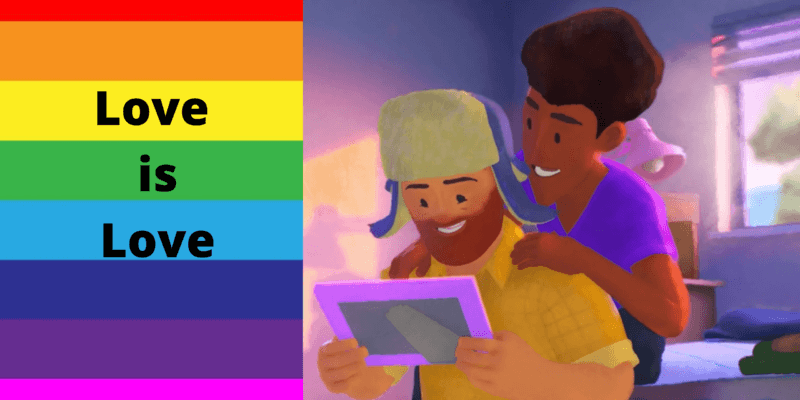 Yesterday we reported that some Pixar fans were unhappy with the new short that arrived on Disney+ that follows a gay man looking to find the courage to tell his parents about his new relationship with another man. Now, fans have created a counter-petition requesting that the Pixar SparkShort, Out, remains on Disney+.

The creator of the original petition went on the record to say that the “production promotes homosexual behavior and threatens the innocence of our children.” They added, “This animated film is a serious danger to youth because it makes unnatural vice appear normal and acceptable.”

The new petition was created to counter the previous views and states:

Firstly, as a select streaming service consumers have the choice whether or not to watch certain content and I don’t think anyone who wants to watch this short film should be denied that. It’s supportive, educational and a representative of a lot of modern families.

You can view the counter-petition here.

If you haven’t seen Out yet, you can watch it along with the other SparkShort films from the Pixar team on Disney+. These include:

Jim Morris, President of Pixar Animation has this to say on the shorts:

These films are unlike anything we’ve ever done at Pixar, providing an opportunity to unlock the potential of individual artists and their inventive filmmaking approaches on a smaller scale than our normal fare.

Each short shows the incredible diversity and talent that the team at Pixar have and we can’t wait to see what they produce next.

What do you think of the Pixar short Out? Let us know in the comments below!