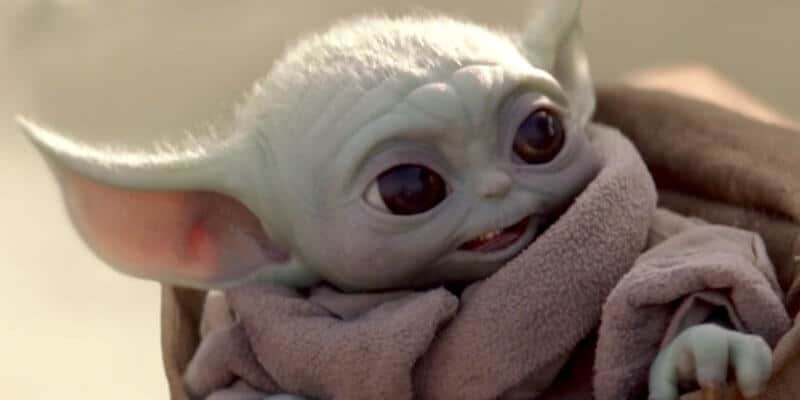 If there is one character that Star Wars fans cannot wait to see when a new episode of The Mandalorian comes out, it’s The Child (or, as many of us like to call him, Baby Yoda). Well, have you ever wondered what it is like to work alongside the cute little green puppet?

As a newer viewer to The Mandalorian myself, I fell in love with The Child the second he popped in the first episode. The way he just jaunts around with minimal movements, but always seems to steal the scene is incredibly captivating even though we know that is basically all we are going to see him do — though there have been rumors that we will hear Baby Yoda speak for the first time this season.

Related: Report Shows ‘The Mandalorian’ is Most in Demand Streaming Show

WWE Superstar  Mercedes Varnado a.k.a. Sasha Banks starred in The Mandalorian‘s  Chapter 11: The Heiress episode as Koska Reeves and is coming clean on what it’s like to work with the world’s most beloved doll. If there is one thing that Varnado — and everyone else — has seen The Child do during season 2 of The Mandalorian, it’s eat. And, when the actress spoke with ComicBook.com about working with the very hungry Baby Yoda, she said:

“If you’re saying he’s a hungry diva then maybe he’s a diva on set as well because he is the center of attention because he is just so, so, so cute,” Varnado says. “Everybody, everyone, I’m talking about everybody, always ran up to him, had to look at him, had to see him because it was just so surreal that something could be and look so real. Because it moves, it has facial expressions, it went, ‘Ah!’ and it had teeth! Its cheeks moved! It’s just, I don’t know how they did it, it just looks so surreal. So he was the center of attention, and of course, why not? He’s Baby Yoda, he’s the child, he’s so legendary.”

Then, they went in with the hard hitting questions — what does Baby Yoda smell like, “Oh my gosh, I am not a creep, okay? I have no idea! Ask somebody else that. I’m not doing that, I’m not picking him up and sniffing him!”

So, it looks like we are still going to have to wait and see if The Child smells like macarons or eggs.

Who is you favorite The Mandalorian character?

Comments Off on ‘Mandalorian’ Actress Dishes on Working With Baby Yoda