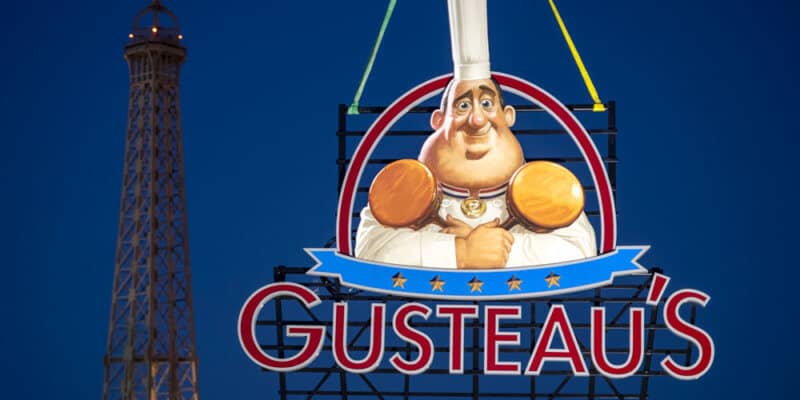 D23 just announced today the lineup of upcoming events for D23 Fantastic Worlds Celebration, a virtual event that will include panels from Marvel, Disney Parks, Walt Disney Animation, and more. Of course, here at Inside the Magic, we’re huge fans of all things Disney — especially Disney Parks. So when we caught a glimpse of the event lineup and noticed that big EPCOT news could be coming, we had to share!

On Wednesday, November 18, as part of the D23 Fantastic Worlds Celebration, an EPCOT panel will take place online. “EPCOT — The Magic of Possibility” will share with Disney fans some of the details regarding the transformation of the EPCOT theme park at Walt Disney World Resort. And as part of this panel, we will hear more information about Remy’s Ratatouille Adventure, one of the most highly anticipated new Disney World attractions, coming to the France pavilion at EPCOT in the future.

Here’s what the D23 announcement says:

EPCOT – The Magic of Possibility

Learn about the Magic of Possibility at EPCOT and how this park is transforming today and building toward the future. You’ll hear about the making of Remy’s Ratatouille Adventure and what it takes to bring this animated favorite to life in the France pavilion.

The best part? This event is not exclusive to D23 Gold Members! That means anyone can watch this EPCOT panel on the D23 official website, Facebook page, or YouTube channel.

Many are suspecting that big news will be revealed during this D23 EPCOT panel on Wednesday, November 18. Specifically, it is being rumored that it is likely for an opening date for Remy’s Ratatouille Adventure to be revealed then. Disney has not said that we’ll get an opening date for the new Ratatouille-themed attraction next week. However, we do know from Disney executives that the new ride located in the expanded France pavilion is considered to be a priority project, along with Guardians of the Galaxy: Cosmic Rewind (also at EPCOT), TRON (Magic Kingdom), Mickey & Minnie’s Runaway Railway (Disneyland), and Star Wars: Galactic Starcruiser (Disney World).

“Based on Disney and Pixar’s hit film, Ratatouille, this family-friendly attraction will invite you to shrink down to the scale of a rat for a culinary adventure with Chef Remy,” Disney Parks Blog describes the attraction. “You’ll race across Gusteau’s kitchen floor aboard special trackless ride vehicles, which you can see in the image at the top of this post – just released today – as Disney Imagineers work on bringing this attraction to life.”

With Disney continuing to prepare for the 50th anniversary celebrations at Walt Disney World Resort next year, it’s only a matter of time before an official opening date is revealed for Remy’s Ratatouille Adventure at EPCOT. Could the news be revealed next week? Possibly. We’ll report back when we know more information!

Here is a list of all of the other virtual panels happening during D23 Fantastic Worlds Celebration next week (more details here):

What do you hope to learn from the EPCOT panel during the D23 virtual event next week? Do you plan to watch? Let us know in the comments!

Comments Off on More Details on EPCOT Transformation Coming Soon!