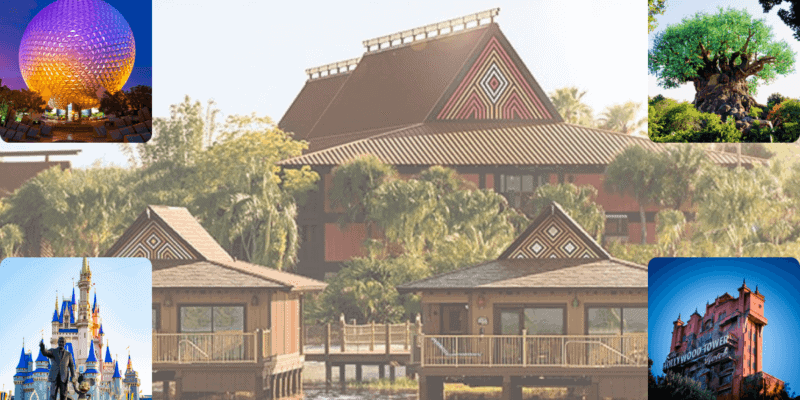 Staying at a Walt Disney World Resort hotel can be an extra-magical experience thanks to the benefits that come with your stay. From having access to Disney’s FastPass+ system 60 days in advance to Extra Magic Hours, Disney World Resort Guests are used to getting something extra for choosing to stay on-property.

With that in mind, as the Walt Disney World Resort experience continues to crawl back to normalcy, one benefit that Resort Guests could receive is the ability to park hop before anyone else.

Since Disney World reopened this summer, no Guests have been able to visit more than one park a day due to limited capacity restrictions. And this, arguably, makes sense. If the theme parks can only be open to 25% of their normal occupancy, why would Disney want to give four of those spots to one Guest who is only going to be in one park for more of the day?

But perhaps there is a way to incentivize both Disney and the Disney Guest to allow this strongly missed activity to return. A simple observation of Disney World’s Park Pass Reservation system will show that a majority of theme park Guests continue to be Annual Passholders not staying on property. Park hopping could be the extra incentive that these Guests–who have in some cases already paid for their tickets and do not have to pay parking and full price on merchandise, etc.–to pay for a Disney Resort Hotel room which could, in turn, increase Disney World’s overall revenue.

Related: You Voted! Should Disney Bring Back Park Hopping or FastPass+?

Other Ways Park Hopping Can Return to Disney World

It could also be the case where not every Disney Resort Hotel Guest gets to park hop. Disney could also start charging extra for park hopping. If park hopping means that individual park passes in each theme park must be claimed, then, it is possible for Disney to start up-charging additional park access “a la carte” style. For example, if a Guest were to claim a Park Pass for Magic Kingdom Park, they would get the option to also reserve a Park Pass at EPCOT for an additional fee. It could also be argued that, with people claiming multiple park passes a day, the crowds would be significantly diminished, resulting in increased revenue for Disney and a more enjoyable park experience for Guests.

When making Park Pass reservations, Guests see the park hours listed with each theme park. So, why not split them up and start offering half-day park reservations?

Guests would then get to pick two parks, and at 12 noon–just as they did when an extra-ticketed event would begin at Magic Kingdom–Cast Members could be stationed at the entrances or attractions and stores to scan magic bands and make sure those who only had morning passes leave the parks.

Disney has stated that they hope to allow Guests to visit more than one park per day starting in 2021 but no other details have been released yet. We at Inside the Magic will update our readers as soon as more information comes to light.

Trying to make the most out of your upcoming Walt Disney World vacation? Our friends at Academy Travel are standing by ready to help you make this trip as magical as possible!

How do you think Park Hopping could or should return to Walt Disney World Resort? Let us know in the comments!