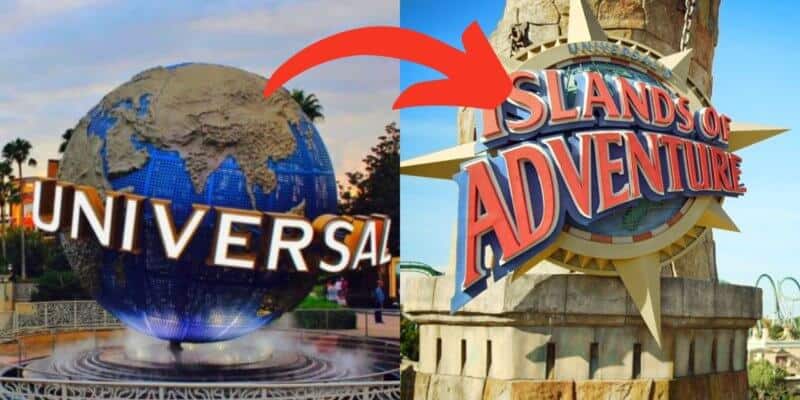 One of the best things about Universal Orlando Resort — especially during the pandemic — is that it is that you can park hop between Universal Studios and Universal’s Islands of Adventure. Park hopping is something Disney World has done away with for now, so it is exciting for Florida residents and visitors to still have the option to do so at Universal. And now, park hopping at Universal just became even easier!

Previously, if visitor wanted to jump from Islands of Adventure to Universal Studios, they had two choices. One was to enter the Wizarding World of Harry Potter and hop on the Hogwarts Express. This gave people a super fun and magical park hopping experience, but it came with a longer wait time to board the attraction.

The second option was to leave your respective park and enter the next. The only issue with this is that Universal Orlando has been hitting capacity very often, especially on weekends, and if you left a park to enter another and it was at capacity, you would lose your spot in the previous park and have to join a ‘wait list’ to see when you could enter.

Universal has now found a third option that their guests can use and it lets you go backstage! Expedition Theme Park (@ExpThemePark) took to Twitter to showcase that Universal now has a backstage walkway opened to get between both parks.

The backstage walkway for quicker access between Islands of Adventure and Universal Studios is open for guests to get between both parks. @UniversalORL #universalorlando pic.twitter.com/lKM99vJ0Vs

It seems that visitors still need to check-in with a Universal team member before entering, but from the above photo, it looks like the crowd size using this method of park hopping is very small, which would save you lots of time.

In Islands of Adventure, you exit the park from Seuss Landing and subsequently travel to Universal Studios backstage — which for many guests, may be a new experience entirely! Considering crowds at Universal Orlando Resort have been growing, it is great to see the theme parks are expanding guest walkways and travel paths in order to help spread the crowds and promote social distancing.

Have you found Unviersal crowds to be very large?