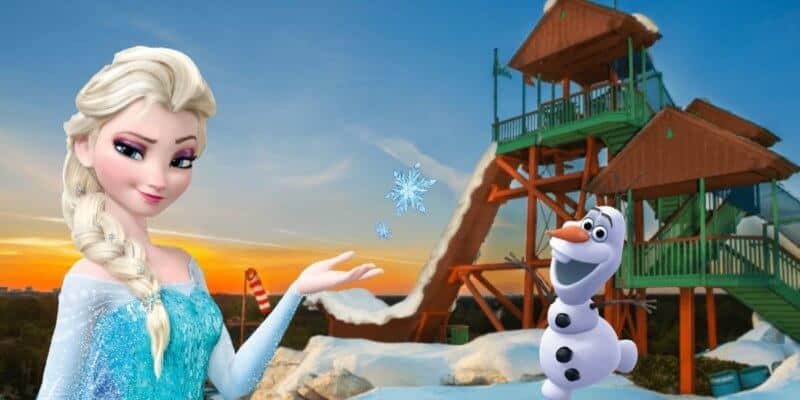 Disney’s Blizzard Beach is home to several different water-based attractions including water slides (like the famous Summit Plummet and Slush Gusher), a lazy river (called Cross Country Creek), a wave pool (called Melt-away Bay), and more! Guests can enjoy the best of both winter and summer — at the same time!

But to me, personally, the theming at Blizzard Beach is outdated and needs a bit of a refresher. So why not call in some recruits? Elsa and Anna, perhaps?

Related: What If Disney Built a ‘Moana’ and ‘Little Mermaid’-Themed Water Park?

Blizzard Beach is already themed to be a bit of winter and summer, which is exactly what Frozen, Frozen 2, and Frozen Fever all represent, too! The Frozen franchise is the perfect fit for a Blizzard Beach retirement, in my opinion.

Right now, the mascot of Blizzard Beach is the Ice Gator. Sorry (and no offense at all) but the Ice Gator has little to no common ground with Disney and frankly, he is often forgotten and not a lot of people recognize him.

If Disney were to re-theme Blizzard Beach to a Frozen theme, and have the Elsa, Anna, and Olaf draw, not only will this resonate with Disney more, but it will help bring in more and more Guests who already love the Frozen franchise.

To me, it seems like an ideal fit. Disney wouldn’t have to retheme the entire water park as it already has the winter and summer feel to it. The Imagineers would just have to replace the Ice Gator throughout the park and add in more Frozen elements to it.

They could have Elsa and Anna front and center as the water park’s icons with special appearances from Olaf, Kristoff, Sven and the rest of the gang. They could even include Wandering Oaken’s as the main gift shop at the water park! They could take it one step further and rename some of the attractions to coincide with the Frozen theme. 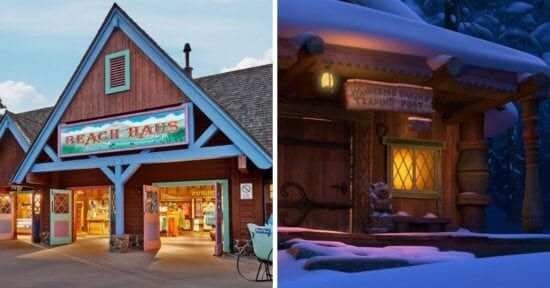 Personally, I would love to see Disney retheme Blizzard Beach to represent the Frozen franchise. Not only would I think it would fit into Disney World better, but I think it would draw in so many more Guests since Frozen is still so popular among so many.

What do you think? Should Disney retheme Blizzard Beach to represent the Frozen franchise? Let us know your thoughts in the comments below.

Editor’s Note: The opinions reflected in this article do not necessarily reflect Inside the Magic’s views overall.