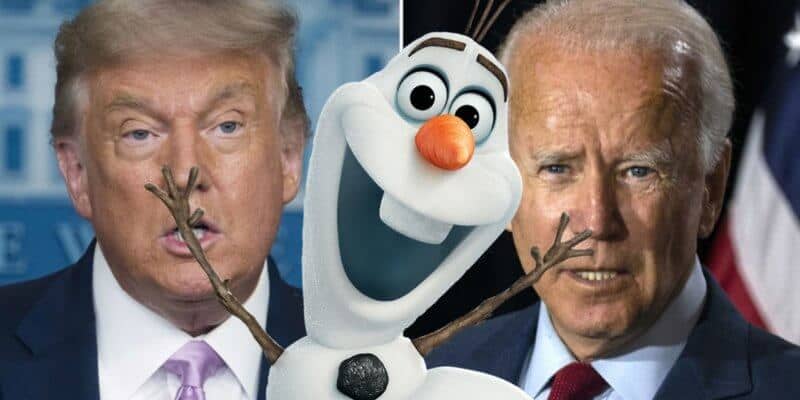 Josh Gad has been recapping popular movie franchises as Olaf, and given the results of the 2020 Presidential Election, he may recap the journey as Olaf as well.

Josh Gad has been very vocal throughout the 2020 Presidential Election, using his platform to encourage American’s to vote. During voter registration, Gad promised his Instagram followers that if 1,500 of them could prove they registered to vote, he would re-cap Avengers: Endgame as Olaf. If you have seen Frozen 2, you know that Olaf has a hilarious monologue where he explains the plot of Frozen, and with his vocal manipulation and ability to highlight how crazy the story is, audiences are always left laughing.

Well fans took to the internet and Josh quickly had 1,500 new registrations for the election, and it was time for him to hold up his end of the bargain. He put out a recap and it did not disappoint. If you need a recap of the recap, here are a few lines I thoroughly enjoyed.

“Will he eat Gamora? NO that’s not who Tony Stark is!”

“Oh no Thor is morbidly obese and an alcoholic!”

“Tony will meet his father and a CGI Michael Douglas”

“But worry not! Modern day Bruce puts all the stones in a very expensive bedazzled gold glove”

“Thanos you’re done sucker, and they all live happily ever after.”

Gad also took this one step further and promised his audience he would recap Star Wars if 10,000 people retweeted his message to #VOTE. In under an hour, the task was complete. And yes, these recaps were just as hilarious with lines like:

“Padme, who has her own Malania Trump style body double who will one day escape the back woods… and explore the wide oceans with Jack Sparrow.”

“Our heroes unite with a walking Happy Meal named Jar Jar Binks who teaches them that syntax is only a suggestion.”

“Because if there is 1 thing that’s harder to kill than an assassin, it’s Anakin’s libido.”

“And while others in the galaxy would immediately die from the same fate, Anakin is met with a state of the art facility, and given access to therapeutics, respirators, and his very own bad a** ventilator, proving that when you elect the wrong people health care is not a right, it’s a privilege.”

Flash forward to now, when the 2020 Election results are in with Joe Biden announced as the new President-Elect of the United States of America, Gad tweeted out, “Who wants an Olaf recapping the election?”

Who wants an Olaf recapping the election? pic.twitter.com/dJKUNcXSur

The tweet is receiving an extreme amount of love right now, with many Olaf fans begging Josh to recap the 2020 Presidential Election process, a neck-and-neck race between President Donald Trump and President-Elect Joe Biden. Although the experience was stressful for many, hearing Olaf recap the rollercoaster that America just went through would probably bring a smile to many of our faces.

Do you want Olaf to recap the 2020 Election?