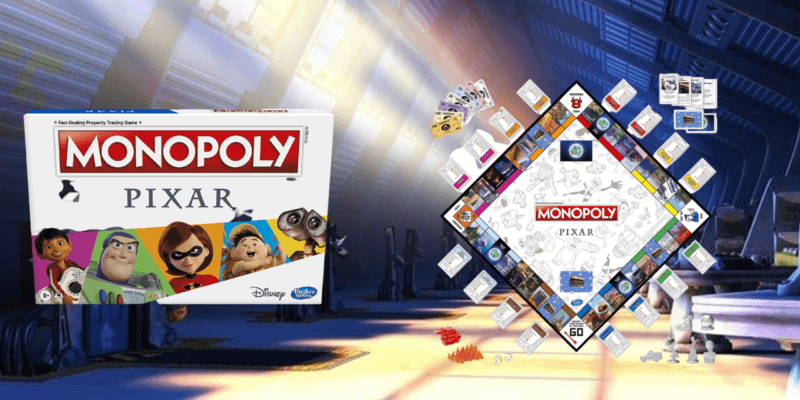 It’s good news for fans of the board game Monopoly and Pixar, as they are finally updating the Pixar version of the game to include references to more recent movies.

The last time the game was updated was way back in 2013 to include references to the following movies:

While it is fair to say that the family board game is perhaps responsible for more arguments than any other board game in history, it’s still an absolute classic and any Disney/Pixar update is worthy of your time. It looks as if the team at Hasbro have put in a lot of work to update the game for 2020.

The good news with the latest update is that it will include references to some of Pixar’s more recent films including Coco, Inside Out, Onward and even the upcoming movie, Soul! It seems properties that can be purchased from the Pixar universe include:

The normal tax spaces have been replaced by spaces like the cone of shame (Up!) and Al’s Apartment (Toy Story 2). The game pieces are wonderful as well and include:

Check out a full view of the new board below:

The new Pixar edition board game can be ordered now from Amazon for $24.99 and is set to be released next week on November 9th.

Will you be picking up the new version of the Pixar Monopoly board game? Let us know in the comments below!

Comments Off on New Version of the Pixar Monopoly is out now!