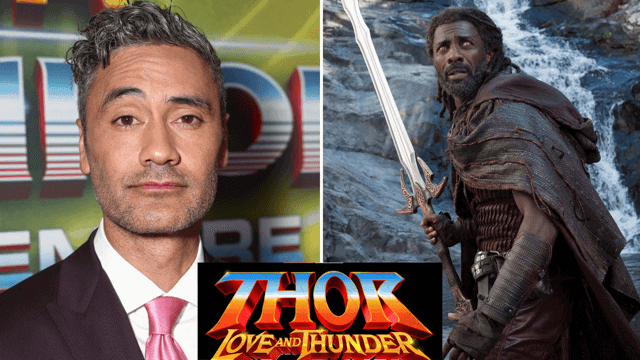 It was not that long ago that we reported that the fourth installment in the Marvel Thor films would begin filming in Australia. This film has already promised a star-studded cast with confirmations of Christian Bale and the Guardians of the Galaxy cast to appear in Thor: Love and Thunder. But now, we’re hearing of a possible return of another Marvel favorite — so, is there any truth to it?

Related: Christian Bale Goes Down Under For ‘Thor: Love and Thunder’

Back in September, the majority of the cast of Marvel’s Thor: Love and Thunder arrived in Australia to begin production. This included the return of Natalie Portman (Thor, Thor: The Dark World) to reprise her role as Jane Foster, and Tessa Thompson (Thor: Ragnarok) to reprise her role as Valkyrie. On top of that, Marvel also confirmed that fans can even look forward to an appearance by the Guardians of the Galaxy.

However, there has been some speculation of another Thor film favorite. As we’ve learned from ComicBook.com, Thor: Love and Thunder director Taika Waititi and Idris Elba were spotted last week together in New Zealand. This sparked rumors of a possible return of Elba’s character, Heimdall. The two were spotted at a rugby match and can also be seen here via an Instagram post by Waititi.

So, what could this possibly mean? Well, considering that the last time we saw Elba’s character, Heimdall, was when he was disposed of by Thanos in Avengers: Infinity War, it is possible that he could return in a possible flashback sequence or in some other facet. However, right now, it is just too early to tell.

Keep in mind that neither Marvel nor Waititi have confirmed Elba’s return to the MCU. This is all based on speculation and due to the extensive cast that has already been confirmed for ‘Thor: Love and Thunder’.

Related: Disney Announces Taika Waititi as the Director of the Next “Star Wars” Movie

It looks like we will find out sooner or later, or at least before the release date for Thor: Love and Thunder — which is currently set for February 11, 2022.

Would you like to see Idris Elba return as Heimdall? Let us know in the comments!

Comments Off on Idris Elba to Reportedly Reprise His Role in ‘Thor: Love and Thunder’