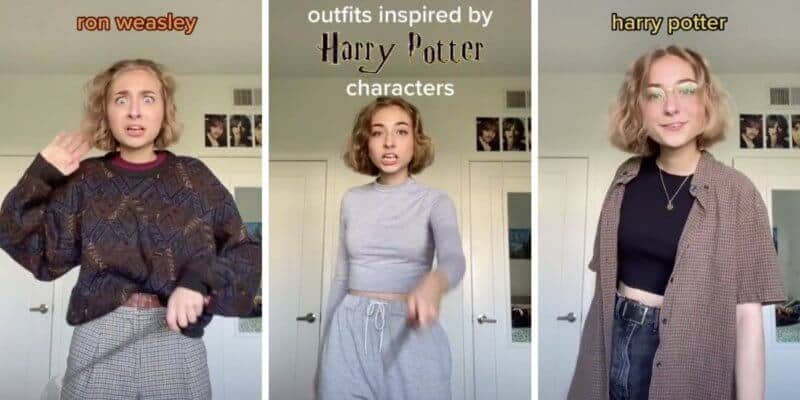 Since the beginning of the year, the short video app TikTok exploded. The app allows users to create short and creative entertainment videos and share them on the app.

And in the middle of hundreds of thousands of videos, you are bound to see Harry Potter fans creating some wizarding inspired videos. Like with Tom Felton’s “Pottah challenge”, some TikTokers have created video trends based on their love for the Harry Potter saga.

you guys have NO IDEA how long this took #harrypotter

She also created the mashup sound that went with the video. The base of the sound is a scene from Professor Lupin’s Defense Against the Dark Arts in the movie “Harry Potter and the Prisoner of Azkaban”. The audio from that Harry Potter movie scene was a perfect choice since, in the movie, Professor Lupin is teaching Hogwarts wizards and witches how to defend themselves against a Boggart; a creature that can shift into the thing you fear the most.

Makes sense, right? Since she is changing, or “shifting”, from character to character, the audio is very fitting. On top of the main audio piece, she added the audio of all the different characters that she uses as voice-over when she dresses like them.

Her TikTok video was such a hit that over 23.4K videos on the platform have used her audio. Currently, her Harry Potter outfit video has over 34.9 million views on the platform. But, that isn’t all.

The TikToker made a part 2 of her Harry Potter outfit video, but this time, a Hogwarts teachers edition.

don’t come at me for flitwick erasure, ok? #harrypotter

What did you think of the Harry Potter-inspired TikTok video? What other Harry Potter trends have you seen around TikTok? Let us know in the comments below.

Comments Off on Harry Potter Outfit Trend Takes Over TikTok